Ritalin is a common drug that is used to treat ADHD, researchers have recently discovered that a single dose of the drug can modify the connectivity in certain brain circuits that underlie self-control and cravings. This could mean that the drug Ritalin could be used to help those who find they have little or no self-control and cravings for certain substances such as cocaine. 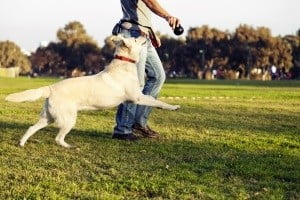 Previous research has been done on the use of using Ritalin to treat cocaine addiction and found that the drug improves the brain function in cocaine users which makes them better at performing some cognitive tasks.

This new research has taken this one step further and found that orally administered Ritalin increases dopamine in the brain, similar to cocaine but without the addictive properties. The brain scans of those who took part in the study showed that the drug strengthened the connectivity between several brain regions involved in regulating emotions and exerting control over behaviours. This meant that the brain was no longer seeking cocaine.

The benefits of using Ritalin were present after just the one dose which means that the drug has significant potential as a treatment add on for cocaine addiction and possibly other stimulants.  The drug is most likely to be used to avoid a relapse rather than a complete cure.

The researcher will still need to do further studies on this drug and its use in helping those suffering from cocaine addiction before it is commonly used. But the research and its findings are a step in the right direction.

If either a loved one or yourself is struggling with a cocaine addiction, seek help today. Contact Recovery Rehab on 0800 088 66 86 for 24/7 support, advice and assistance with overcoming your cocaine addiction.

Keith stopped using drugs and drinking alcohol more than 10 years ago. He now spends a lot of time writing and editing content for this website. His mission is to assist people who are also looking to embrace addiction recovery. Keith believes a key way to accomplish this goal is through his writing.