Rehab Recovery is able to recommend specific addiction treatments applicable for members of the armed forces and veterans. Learn about a range of evidence-based treatments for your needs or the needs of your loved ones.

Unfortunately, drug and alcohol abuse disproportionately affect members or ex-members of the Armed Forces. This is generally true for all ranks and professions within the Armed Forces, although those who have undertaken combat duties are particularly at risk.

This fear is often well-founded because members of the Armed Forces who fail a drug test are often routinely expelled from their duties. This expulsion is often automatic, permanent and without any right to appeal the decision.

There are many reasons why people in the Armed Services develop and addiction to drugs and alcohol. One of these reasons is due to the drinking culture that exists within the Forces.

The Forces often radiate a macho image, and many people feel pressured to live up to this image by abusing alcohol or drugs. This drinking culture may be encouraged by the highest echelons of the Forces. For instance, it wasn’t until the 1970s that the infamous ‘rum rations’ was abolished in the Royal Navy.

Why We Should Focus on Veterans Mental Health

The Risks for People in the Service

However, only around one percent of veterans are released due to mental health issues. This is where the second risk that veterans face comes into play. The transition back to civilian life can be difficult, and they may face things like marital problems, loss of old connections, etc. Coping with all of these things can lead to the development of mental health problems even years after they leave the service.

We Understand Your Situation

If you are a current member of the Armed Forces, it’s likely that you are reluctant to reach out for help because you fear your addiction will result in your dismissal from the Forces. If you are a user of illegal drugs, this fear is undoubtedly well-founded. This is because the use of illegal drugs is not tolerated in the Forces. In fact, the Forces carry out random drug tests to try to catch ‘users’ and then apply disciplinary action for those who have been identified as drug users.

This state-of-affairs means many in the Forces who suffer from drug addiction feel isolated. They feel trapped in their addiction. They do not feel they are able to seek out help because they will face punishment for doing so. This means these people continue to use drugs or alcohol until they eventually ‘get caught’ and then punished for their illness.

Another form of addiction that’s rife among members and ex-members of the Armed Forces is prescription drug addiction. Members of the armed forces may begin to take opiates in order to treat injuries caused by combat duties or intensive training.

Members of the Armed Forces may also take hypnotics or benzodiazepines to treat psychiatric distress caused by traumatic incidents they have been exposed to during combat duties. This includes treating conditions such as Post-Traumatic Stress Disorder (PTSD).

There are many different types of mental health issues and behavioural disorders that arise among veterans and serving personnel. Often, these go untreated, and this makes life at home even more difficult for those struggling. To get a clearer idea, we have listed below some of the most common conditions among armed forces members:

Poor health, financial problems, grief, lack of emotional support, guilt, and unemployment can all lead to the development of mood disorders such as depression and anxiety. Veterans often face one or more of those issues once they return home.

There are three main fields of thought for why people partake in deliberate self-harm. The first is to have something to focus on other than their emotional pain.

The second is to find temporary relief, though the feelings may intensify. Finally, some people may use self-harm to punish themselves.

Severe injuries can even lead to the person slipping into a coma, physical deficits, emotional deficiencies, and behavioral changes.

Anger issues can be a disorder on their own, or they can come as a system to a variety of other mental health issues, including PTSD. Anger issues may appear as anger in response to things that would not usually trigger anger.

They also exhibit as an inability to express anger in a correct or productive way. Anger issues are common in people who served in the military.

Unfortunately, sexual abuse and harassment in the military is not a completely rare occurrence. When someone experiences sexual abuse, they may end up dealing with emotional, behavioral, physical, and mental health issues.

These could be things like depression, anxiety, PTSD, addiction, and suicidal ideation or attempt”

Stigma and Barriers to Counselling for Armed Forces

The second is that members of the armed forces are afraid that it may make them look weak in a field where they promote strength. Normalizing treatment and therapy will help armed forces get the help that they need. 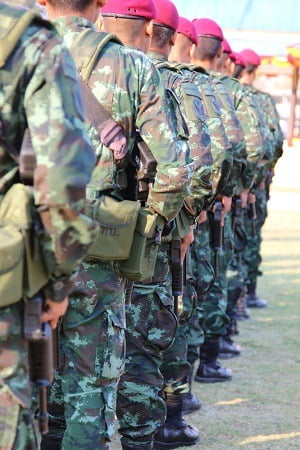 Who is Eligible for Armed Forces Counselling?

Depression is typically treated in two main ways, either one or a combination of both. The first is medicine. There are various prescription drugs that a doctor may prescribe to help lessen the symptoms of depression and make it easier to cope with their depression. I

t can take time to figure out the best drug and dosage for a person. The second treatment option is therapy, most commonly psychotherapy. Psychotherapy is talk therapy that can help a person work through past experiences, resolve problems, and cope with mental health issues.

Treatment for sexual abuse can have two parts. The first is a physical or medical treatment for any injuries or physical damage caused. The second is mental treatment for the trauma and co-occurring mental health problems like PTSD, depression, and addiction.

After that, the veteran will receive various types of therapy to learn how to cope without the substance and deal with any co-occurring mental health problems. These therapies include, but are not limited to, support groups, talk therapy, family counselling, art therapy, and special veteran-focused therapy.

PTSD is one of the most common mental health problems for veterans and people currently in the armed forces. Treatment can prevent a disorder from getting worse and alleviate current symptoms.

For treatment options, there are medications available, talk therapy, family therapy, group therapy, and support groups specifically designed for veterans and military personnel. Sometimes people with PTSD may be referred to inpatient programs if there is evidence that their disorder is severe enough that they are a danger to themselves or those around them.

What Types of Therapy is Suitable for Armed Forces/Veterans?

Serving armed forces members or veterans are eligible for a variety of therapies and counselling plans. Below are some of the most popular and accessible ones we can help set up for you:

ACT stands for acceptance and commitment therapy. It is in many ways similar to CBT (cognitive behavioral therapy.) The goal of ACT is to teach a patient how to accept their thoughts, feelings, and experiences .

IPT stands for interpersonal therapy. IPT is a type of talk therapy that deals with solving relational problems and gaining symptomatic recovery.

IPT tends to be a brief process (in comparison with other therapies), usually lasting between twelve and sixteen weeks; it also tends to be a highly structured type of therapy.

Cognitive progressing therapy is a type of psychotherapy that should be completed within twelve sessions.

The goal of CPT is to teach a patient how to evaluate and then change upsetting or toxic thoughts that are common with mental health disorders in veterans. CPT is basically meant to retrain the brain after trauma.

This is typically used to treat PTSD. During prolonged exposure therapy, a person will work through memories and do activities that they have been avoiding in a safe environment.

Through repeated and prolonged exposure to the triggers; eventually, the severity decreases as the patient learns coping skills that they will then be able to apply in real life.

Anger management is typically a class that someone either enters voluntarily or when mandated by a court due to an aggressive attack. The goal of these classes is to teach a person how to calm themselves and cope with anger without becoming aggressive and a danger to themselves and/or those around them.

Support and Therapy for Military Families

Not only do military personnel deal with problems from serving, but often the families of the veterans need help dealing with grief, coping when they are overseas, or learning how to best help their loved one when they return home from duty. There are lots of sources out there to help military families with these problems, including specialized therapists and support groups.

Fortunately, veterans and armed forces third sector support is rife, with plenty of organisations and charities for you to seek support from. Below we have listed some of the top resources:

How Do I Go About Getting Help?

To assist members and ex-members of the Armed Forces find a solution to their addiction, Rehab Recovery has set up a highly confidential helpline. You can contact the team on 0800 088 66 86 to benefit from this helpline.

When you contact us, we carry out a short telephone assessment. In the past, we’ve helped thousands of members of the armed services in finding a long-term solution to drug or alcohol addiction, and we are confident we can help you too.

The majority of armed forces members will benefit from attending a residential rehabilitation unit. This treatment is then followed up with outpatient therapy. During the residential treatment programme, you will be detoxed.

This is then followed up with an intensive psychotherapeutic programme designed to address the underlying emotional causes of addiction.