Cannabis is a processed form of the hemp plant cannabis satvia. People who consume the drug get a high, followed by a sense of drowsiness which is extremely addictive. It is a very commonly abused drug thanks to widespread myths that it is “harmless.” However, cannabis addiction has many severe side effects and consequences of long-term use.

Cannabis is widely used among various groups. In recent years, there has been much debate as to legalizing cannabis for medicinal use due to its pain and inflammation-reducing abilities.

But experts fear that cannabis often acts as a “gateway drug” with many people of all ages starting a drug addiction with cannabis before moving onto “harder” drugs like heroin or cocaine.

Throughout the course of human migration from Palaeolithic Central Asia to today’s modern and integrated world, the cannabis plant has been an ever-present source of fascination and controversy. Both legal and illegal uses for the plant exist, each focused on different portions of the plant to accomplish separate things.

Indigenous to the wetlands of Asia, the genus Cannabis belongs to the Cannabacea family and was first described formally by the Swedish botanist Carolus Linnaeus in 1753.

Cannabis can be smoked in a cigarette (called a joint) or through a pipe (known as a bong) as well as mixed into food and hot drinks. Hashish is a more concentrated form of cannabis. Alternative and slang names include marijuana, pot, hash, and weed.

Due to its side-by-side relationship with human civilization from even ancient times, cannabis has long been a domesticated plant that’s been put to use for a wide variety of purposes. These include using the male sex for industrial applications, such as rope and fibre making for use in water raft sails, and more.

The resinous achenes portion of the plant is a distinct type of fruit and is able to serve as food, medicine, oil, and feed. Alternatively, the laticifer portion of the plant produces a sticky resin which contains the psychoactive ingredients that cannabis is so well-known for.

How Does Cannabis Work in the Body?

While cannabis can have a wide range of effects that differ from person to person, the effects usually enter the bloodstream through smoke inhalation by way of the lungs. Psychoactive phytochemicals produced by the resinous glands of the plant are taken into the body.

These then produce effects by resonating with cells through the bloodstream and body’s own neuropathic endocannabinoid system. This produces sensations of relaxation, along with the narcotic psychoactive effects from the compound Delta-9-tetrahydrocannabinol.

Can You Become Addicted to Cannabis?

As with any other substance or drug, the brain adapts to regular or consistent use. If taken long enough, or in high enough quantities, this can cause dependence to form over time. While each person is affected differently, withdrawal symptoms can occur and last for up to two weeks prior to quitting if a strong enough association with the drug has been formed.

While many believe or assume that cannabis is a “harmless” drug, continual use can potentially lead to habit-forming tendencies with real-world consequences. Many regular cannabis users begin to report that they need the drug simply to wake up and function or just to go to sleep.

When smoking or ingesting cannabis becomes an indispensable part of someone’s normal and everyday routine, this may be a clear signal that addiction has formed that can disrupt the life of the victim, as well as those around them. 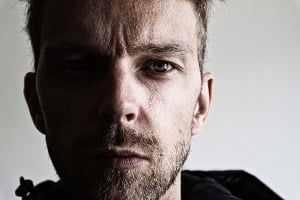 Why People Become Addicted to Cannabis

A recent study by the National Institute on drug abuse found that 30% of those who use cannabis may have some degree of “Marijuana Use Disorder.” Those who’ve used the drug prior to the age of 18 are four to seven times more likely to develop this disorder.

Even though using the drug may bring about negative consequences in the victim’s personal and professional life, this doesn’t prevent the person from doing so anyway. Being unwilling or unable to stop using cannabis – even when it presents problems – is a clear indication that an addiction has taken hold.

Who Becomes Addicted to Cannabis?

While many people are able to partake in cannabis responsibly, some have a much harder time. Much of this problem has to do with the responsibility skills that they’ve built into their lifestyle throughout their development.

Also, if people have less to focus on in terms of job opportunities, hobbies, or other pastimes, they may be more susceptible to establishing a dependence. As with other substances (such as alcohol), a tolerance can form and build-up over time, requiring more of the drug to enjoy the same feeling that was once easier to attain.

Building up a Tolerance (Dependence)

Due to the fact that cannabis affects the brain, the body will adjust and build up a tolerance to the effects over the course of regular use. The reward mechanisms within the brain request the sensation that cannabis brings to the user, again and again, leading them to continue using, and using more each and every time.

This build-up of tolerance and creation of dependence upon the substance may lead to cannabis use disorder, otherwise known as addiction.

The Cycle of Addiction

Once cannabis use takes hold over a person’s life, it can push aside other things that used to be sources of joy or points of interest for the person. This can, of course, include responsibilities such as work schedules or commitments to significant others, along with falling behind on bills or homework.

The user is only concerned with continuing to experience the feeling they enjoy from cannabis abuse, which in turn can take its toll on other areas of the person’s life. However, because they are so focused on the feeling derived from cannabis, it fuels their drive to continue using more and more. 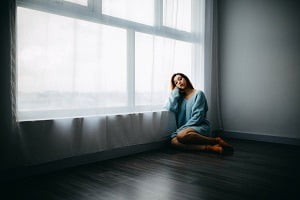 Many potential warning signs exist to allow people to identify when someone may be going through the process of cannabis addiction. Reduced self-esteem, poor judgment, agitation, and defensiveness are only some of the common signs that accompany a person dealing with cannabis dependence.

Memory problems and mood swings may also be part of their behavioural patterns, leading to rifts between family members or lacklustre performance at work or school. The signs and symptoms span numerous areas and contexts, but may include:

Do you know someone who is worrying you by exhibiting a possible addiction to cannabis? Try asking yourself the following questions:

Side Effects of Cannabis Abuse

Because cannabis enters the bloodstream and affects nearly every part of the body, a wide range of potential symptoms and side effects exist after becoming intoxicated with it. An innumerable number of factors play into how the body responds to cannabis within its system, and therefore each person may respond in a unique way.

These may include, but are not limited to:

The social impact from cannabis use could include:

Behavioural side effects of cannabis use could include:

Helping a loved one suffering from cannabis abuse isn’t always clear and easy, but understanding what to look for in terms of symptoms is a good place to start. Here are some clear indications and signs to look for:

Several health risks are associated with cannabis over both the short and long-term, with problems that can involve the loss of personal identity as well as an increased risk of stroke. These are short-term problems, which also could include slower reaction times, hallucinations, and an increased heart rate.

Long-term health risks from cannabis abuse may involve relationship problems, an inability to learn or perform tasks, or a reduction in IQ.

Can Cannabis Affect my Mental Health?

It’s always important to understand the mental health ramifications that can occur from cannabis abuse. In different amounts, it may cause the user to hear or feel things that aren’t actually taking place, or make it harder to concentrate and remember things. Hallucinations have been reported, and psychosis or schizophrenia is also being examined closely for links with cannabis use. 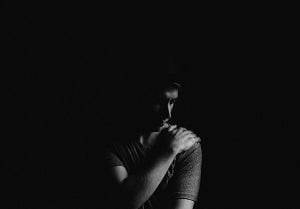 So many factors come into play with regard to the user of cannabis and how it’s being used, that withdrawal symptoms can be different for everyone. Some things to look for and expect may include:

The timeline toward recovery can be shortened and the process improved through a healthy diet and enrolling in a treatment programme (such as inpatient or outpatient.)

Cannabis has been legalised in a number of liber countries to date, the latest being Canada in 2018. Other countries include Uruguay, Peru, Spain, the Netherlands, and South Africa. The states of Alaska, California, Colorado, Maine, Massachusetts, Nevada, Oregon, Washington state, Washington DC, and Vermont are all cannabis-friendly.

With the increasing prevalence of cannabis due to legislation making it available more widely for both medical and recreational use, it makes it even more important to be aware of the risks and addiction factors associated with the substance.

Only by taking steps to safeguard health and well-being, the user can safeguard against the potential dangers involved with the substance.

Is Cannabis Really A ‘Pathway to Abuse’?

For regular users of cannabis, it may be clear that absolutely nothing else will do. This is because cannabis has become their “drug of choice.” People become overly attached to the pleasant or happy feeling. They believe they get from using cannabis, it can become the sole focus for them at the expense of all other substances.

What may begin as an innocent way to enjoy oneself could end up costing thousands of dollars and countless hours wasted. If left unchecked, regular use of cannabis can bring about detrimental effects on one’s state of mind or physical health, along with substantial consequences in one’s professional or personal life.

If you or someone you know may be suffering from the harmful effects of cannabis abuse, it may be time to seek out the professional assistance of a cannabis treatment programme or a qualified specialist who can help you to return to a normal way of life or rediscover enjoyment in the things you once thought were lost.