Mental health broadly speaking incorporates all aspects of how we mentally deal with everyday life, past events, and future concerns. Being mentally healthy involves finding ways to cope with the endured experiences so that they do not affect day-to-day interactions and overall emotional health.

Someone who is not experiencing issues in their mental and emotional health will also be able to reach their full potential in life and provide services for their community as a well-rounded citizen. 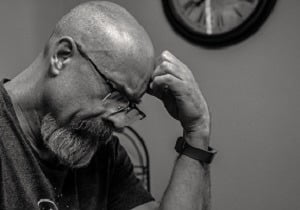 Mental illness is when someone is unable to find a way to cope healthily, for whatever reason, and their reactions to experiences negatively affect the way they live their lives. There are many different facets of mental health.

These are heightened versions of standard emotional expressions. Instead of feeling sad after a bad day, someone who is experiencing neurosis will be depressed. Similarly, instead of feeling slightly nervous about going up on stage, someone displaying neurotic traits would have a panic attack.

These symptoms deal with a mental break from reality (e.g. hallucinations, delusions, extreme paranoia, etc) which can be diagnosed by a doctor. People who suffer from psychotic traits will have a schism between themselves and reality in certain aspects of their lives.

How Common Are Mental Health Problems?

According to the World Health Organisation, 264 million people around the world are affected by depression. Around 284 million people experience chronic anxiety disorders. Globally these two are among the most commonly diagnosed mental disorders.

Approximately 76% to 85% of people with a mental disorder have no access to any form of mental health assistance. While we only have hard statistical data on populations that have been diagnosed, it is assumed by professionals that the actual numbers are much higher.

We currently offer help for a range of mental and emotional conditions including, but not limited to:

This is a rare disorder, but it is often fatal. Anorexia Nervosa is an eating disorder that features excessive food restriction tied to low self-esteem. There is almost always an accompanying obsession with losing weight and a distorted view of the body.

When it comes to mental health, anorexia nervosa is tied to unhealthy thought patterns and resultant adopted changes in eating habits. This usually begins innocently, and then the way that the world is seen becomes twisted and revolves around food intake.

When Does Anxiety Become a Mental Health Issue?

It is perfectly natural to feel anxious sometimes. Getting up in front of large crowds, sitting through an exam, and telling someone that you love them can all bring up feelings of anxiety. You can tell when it has reached the point where it is harmful when the following symptoms start to appear.

Sometimes there will only be one or two symptoms to start, but then more are generally incorporated as time goes by:

What is ADHD, and Does Medication Help?

Attention Deficit Disorder with Hyperactivity (ADHD) can be used to describe several different mental health conditions, but they all have similar symptoms. Mental and emotional health plays a significant role in ADHD. You will notice that most people with a form of the disorder will display some of the following signs:

No one source is the direct cause of all ADHD and no cure. However, the symptoms can often be lessened significantly with medication. The most popular medicines used are stimulants.

This disorder is tied directly to moods and extreme mood swings. Someone experiencing a bipolar episode may have depressive or manic episodes, and during either, there may be an added element of psychotic symptoms.

The person is unable to stabilize their moods long-term without medication, and the symptoms can cause significant hardship in their personal and professional life. According to the World Health Organisation, around 45 million people around the world suffer from this disorder.

What is Bulimia, and How Can I Help Myself?

Bulimia is another eating disorder, but instead of experiencing excessive food restriction, there is a see-sawing between restricting food, binge eating, and then purging out of guilt. Like with anorexia nervosa, the primary motivator behind this mental illness is low self-esteem and negative self-image. There is also often an accompanying distortion to self-image.

There are many ways in which someone with bulimia can help themselves find successful coping skills, which will help draw them out of the negative cycle. They include the following:

What is Depression, and When Does Low Mood Become Depression?

Depression is one of the most common mental illnesses on the planet. It can range between simply feeling unusually sad over an extended period to being unable to function in your daily life.

There are several additional forms of depression, including Seasonal Affective Disorder (SAD), Dysthymia, and pregnancy-related depressions. All of these tend to occur over the course of a specific time period, whereas general depression does not.

You can tell that a low mood is more when you find that it affects your personal life, work, and other aspects of your mental health. If the feeling of sadness deepens significantly without cause or lasts for more than a few weeks, then you should consult a medical professional to see if you have depression.

Post-traumatic Stress Disorder (PTSD) is caused by a traumatic event that leaves lasting psychological damage in the form of symptoms ranging from increased anxiety in the presence of triggers to panic attacks and full-blown flashbacks.

It is believed that billions of people have experienced some form of PTSD, with the most common cause being war. For most people, PTSD symptoms can be lessened or even entirely eradicated using therapy or a mix of therapy and medication.

What are Suicidal Feelings and How Do We Know It’s Happening?

Suicidal feelings happen when someone has the thought that things might be easier if they were not to exist any longer. This can take multiple forms and is not uncommon for people under stress. It becomes a problem when the negative thoughts start to become intrusive, do not go away, or they lead a person to become actively suicidal. Mental and emotional health can be compromised by these intrusive thoughts.

These thoughts are usually accompanied by mental health disorders like anxiety or depression, which can lead to overwhelming emotional states that feel uncontrollable. Suicide becomes an option in the minds of people stuck in this situation where they think there is no way to regain control of their lives. It is quite frightening to experience, and it often comes and goes with life stressors.

How Can We Help With Emotional & Mental Health?

Whether you have a dual diagnosis of addiction with a mental health problem or just need expert advice on private treatment services to help you address the emotional and psychological problems of these conditions, we can help.

We have decades of experience in helping patients recover from the challenges of mental, emotional, and psychological illnesses and we offer a comprehensive range of treatment and care services that can help you take back control over your life and remember why you can and should enjoy living. What we offer includes: