Alcoholism and depression are linked in multiple, complex ways.

Often, the two disorders feed into each other, creating a negative feedback loop and a downward spiral into worse states of mental health and wellbeing.

There are also many common misunderstandings about the relationship between the two, and these can act as barriers to treatment for both disorders.

In order to recover from either, it is important to understand what alcoholism and depression really are, why they can be linked, and what treatment can do to help.

How Does Alcohol Impact Us? As a legal drug, alcohol is widely consumed across the world and forms a key aspect of many cultures and societies.

It often makes for a tasty drink and is central to many social events – and even religious occasions.

Thanks to this relationship with alcohol, a lot of people are well aware of its impact on the human body and psychology.

One of the primary impacts of alcohol is the way that it can help you to relax.

This happens because the consumption of alcohol causes a release of dopamine, which reduces our inhibitions and feelings of shyness or self-consciousness.

While this might make some social instances seem easier to get through, it can also cause you to act irrationally and take risks.

As the amount of alcohol consumed increases, so too do the effects.

If you keep on drinking alcohol, your speech will begin to slur and you may start to feel dazed and unbalanced on your feet.

You may also begin to say things or do things which you wouldn’t normally do as your inhibition barrier reduces.

Beyond these effects, drinking even more will lead you to feel tired or queasy, and you could even fall unconscious.

When you wake up, you could find that you have a poor or incomplete recollection of the events.

Does Age Change The Impacts Of Alcohol?

Even when drinking the same amount of alcohol, an older person will experience the effects of alcohol more acutely than a younger person.

This is because the water content in the human body decreases with age, and as our liver functioning declines, it becomes harder to process and break down the alcohol with the same level of efficiency.

Evidence shows that alcohol has the same effect on younger people as it does in adult populations, but that is potentially linked with damaging consequences.

Suicide in young people has a relationship with alcohol use, and around a third of young people who go on to commit suicide have consumed alcohol beforehand.

Binge Drinking And When To Stop 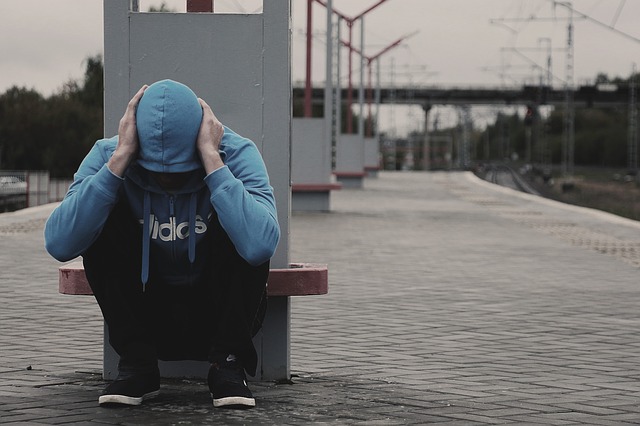 The UK Chief Medical officer recommends that adults drink no more than 14 units per week while incorporating alcohol-free days.

This equates to around a one and a half bottles of wine, or six-to-seven pints of medium strength beer a week.

However, some alcohol is stronger than others.

It’s easy to go over the 14 units per week limit if you drink a large number of spirits, for example, because a single shot can contain one whole unit.

If you find that you are regularly going over the 14 unit limit, it could be because you’re binge drinking.

Binge drinking is associated with a number of negative physical and mental outcomes, and it’s best avoided as much as possible.

To mitigate this risk, keep track of how many units you’re consuming in a week, and attempt to spread out your alcohol consumption over three days or more.

This will ensure that you avoid binge drinking.

What Are The Warning Signs Of Excessive Alcohol Consumption?

You should seriously consider your relationship with alcohol if you find yourself relating to one or more of the following warning signs:

How To Drink Safely Before going into detail about the complex relationship between alcoholism and depression, here are some tips about how to drink safely and reduce the risk of alcoholism.

This is a way of tracking your alcohol consumption, and you use it to make a note of how many units you drink every day over the course of a month.

When you have hit your 14-unit limit, try your best to avoid drinking anymore for the rest of the week, and avoid drinking more than 6-8 units of alcohol in a single day.

Next, incorporate non-alcoholic beverages into your drinking routine.

Non-alcoholic alternatives have improved massively in taste and quality in recent years, and allow you to feel like you’re involved in the social activity of drinking without actually consuming any alcohol.

Other benefits include feeling more alert the day after drinking, and avoiding any sluggishness or hangovers.

One of the most effective ways to drink safely is to tell your family and friends that you are seeking a healthier relationship with alcohol and want to drink safely.

This way, during social occasions, they are unlikely to put any pressure on you to drink and may be more conscious of their own consumption.

If they see you failing to drink more considerately, they might want to get involved and discuss this with you, which can be a big motivation to continue on your journey of safe drinking

Alcoholism is one of the most common forms of addiction in the world.

It is also one of the most damaging and dangerous, and research has shown that alcoholism is heavily linked with the development of multiple physical health conditions that can ultimately cut down your life expectancy.

Due to its prevalence, many people think they know what alcoholism is.

However, it is commonly misunderstood, and there are multiple misconceptions about the condition.

Alcoholism isn’t simply when a person likes to drink, or gets drunk easily or regularly.

Alcoholism is an addiction like any other, which causes you to consume alcohol as the result of impulsive cravings, which can be hard or impossible to control.

It is characterised by the onset of physical and mental withdrawal symptoms, which can even be life-threatening if they aren’t supported with the correct and proper treatment. 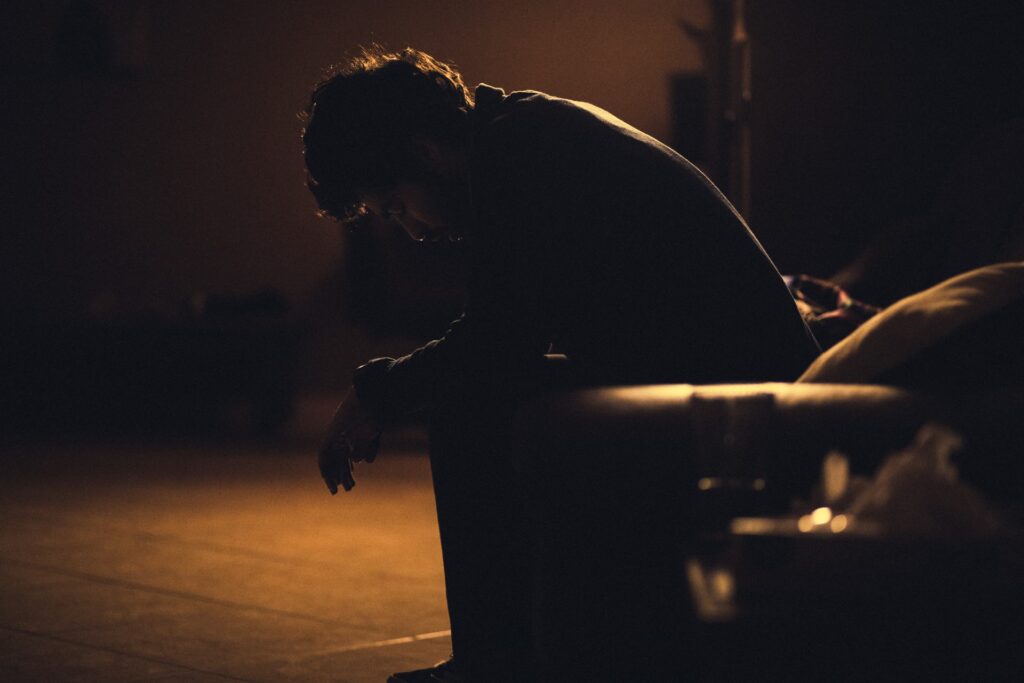 Like alcoholism, depression is a common mental health condition which impacts millions of people in the UK alone.

Because depression is so common, it is also often incorrectly categorised.

Depression isn’t just the experience of sadness, grief or loss (though these can contribute to depression).

Depression has been historically hard to define, as each individual’s experience of the condition is unique.

However, there are common symptoms and signs that could point to a diagnosis of depression.

Typically, depression is characterised by persistent and prolonged feelings of sadness and emptiness.

These might coincide with a loss of motivation and a loss of desire to carry out daily activities.

With this emptiness and lack of motivation, life can be unrewarding and difficult to endure.

Depression can impact people of any age, at any time, and like alcoholism, it can be extremely destructive to your life and the lives of those around you.

How Are Alcoholism And Depression Linked

As they are both so common among populations worldwide, it isn’t surprising that the two disorders often occur at once, in the same person.

What is more surprising, is that someone with alcohol addiction is more likely to experience depression than someone who isn’t an alcoholic.

Similarly, people with depression are more likely to have an unhealthy relationship with alcohol.

This link is due to a variety of complex and nuanced factors.

How Depression Can Lead To Alcoholism 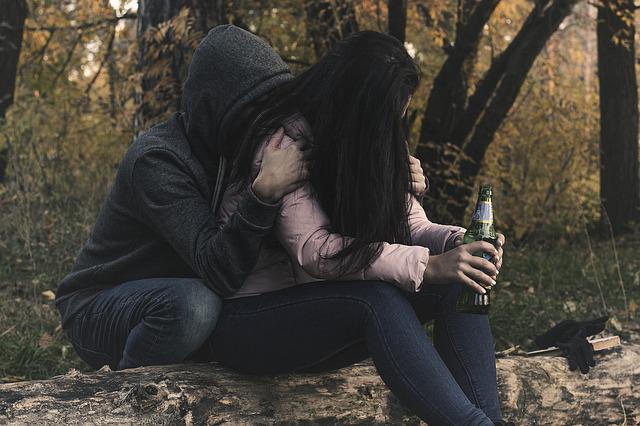 The first major reason why the two are linked is that alcoholism is often used as a method of self-medication.

If you are seeking treatment for your depression, you could be on a waiting list for years unless you access private mental healthcare.

Due to this wait, people with depression will often seek out their own methods for dealing with their depression.

Alcohol is known to dull emotions, relieve stress and anxiety, and distract you from your present circumstances.

For this reason, some people with depression consume alcohol in unhealthy amounts a coping mechanism.

This coping mechanism can quickly become a dependency, as you find yourself looking to alcohol to support your daily life as you go about your activities.

Eventually, this can develop into alcoholism.

With the onset of alcoholism, the symptoms of depression can worsen.

This is because alcohol is actually a depressant drug, rather than a stimulant like caffeine.

Your depression can also get worse as you struggle to deal with feelings of guilt, shame and sadness about your alcoholism.

As the symptoms of depression worse, an alcoholic will want to drink more to numb the increasing depressive feelings.

How Alcoholism Can Lead To Depression 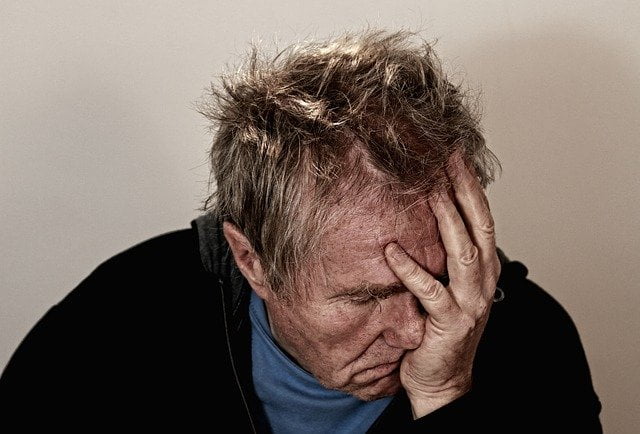 Alternatively, the relationship between alcoholism and depression can sometimes be inverted.

Sometimes, alcoholism predates depression, which develops as a response to the alcoholism itself.

For example, the stigma and shame associated with an addiction to alcohol can cause you to withdraw from your social circle, including your family and friends.

This isolation can negatively impact your motivation and can be destructive to your relationships.

These impacts can cause the onset of depression, which can cause you to withdraw and lose your motivation even more.

As you can see, the links between alcoholism and depression are highly complex and travel in multiple directions.

This is influenced by numerous factors, which can all result in a negative response.

Are Genetics To Blame?

Genetics can influence our vulnerability to experience both depression and alcohol, and sometimes this can combine in unfortunate ways to make someone more susceptible to both.

It’s important to remember that genes aren’t the only thing that determine who we are and how we experience life.

Even if you are genetically vulnerable to having an unhealthy relationship with alcohol, controlling your actions will control the outcomes.

If you have a family history of depression and begin to experience symptoms of depression, it is good practice to speak to a medical practitioner early on.

They can give you advice, and whether it’s through medication or therapy, they can help you to mitigate the impact of depression. 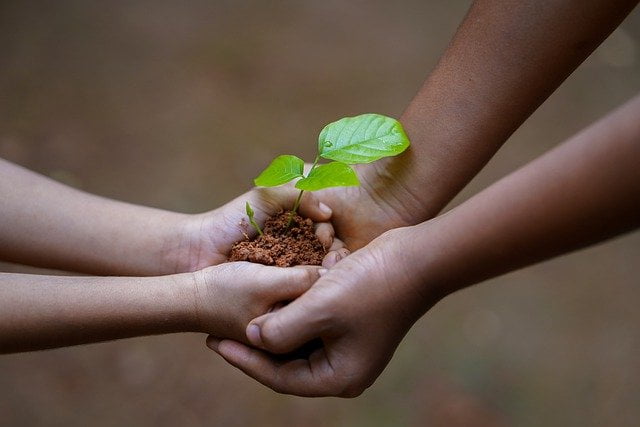 If you suffer from alcoholism and depression simultaneously you can be given a dual diagnosis by a medical professional.

A dual diagnosis acknowledges the presence of both of your mental health conditions, rather than just focussing on one alone.

This can lead to a more successful treatment and better outcomes as the links between the two conditions are addressed together.

Without a dual diagnosis, a medical professional might attempt to treat your depression or alcoholism alone.

This is likely to be unsuccessful, as if the depression is treated without addressing the alcoholism then it is more likely to return, and vice versa. 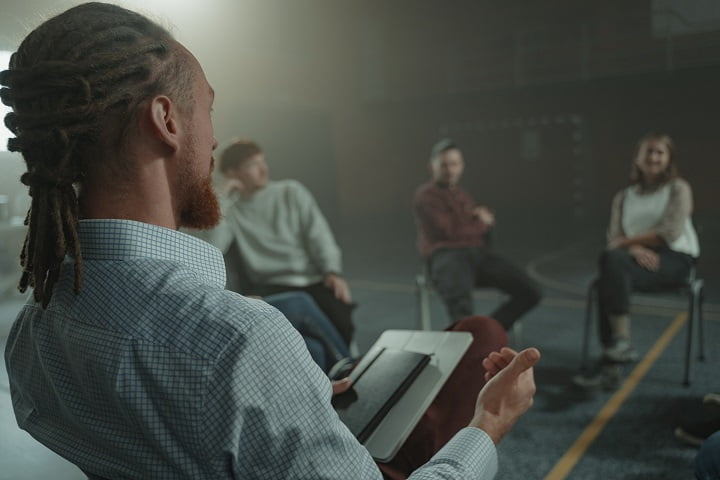 Due to its complexity, treatment for alcoholism and depression should be conducted by professionals with experience.

A rehabilitating service would be able to support you through the treatment of both conditions.

Simultaneously, you would receive therapy to help you manage your depression, while you are guided through the detoxing of alcohol.

Alcohol detox will likely result in withdrawal symptoms, which can be extremely dangerous, but professionals in a rehab service would support you through them.

Once your rehab has concluded, you may wish to join a support group like Alcoholics Anonymous.

Support groups can help you maintain the motivation to remain sober, while the therapy for your depression continues.

Alcoholism And Depression: An Overview

Alcoholism and depression can occur within the same person simultaneously.

Often, the relationship between the two conditions is complex and multi-directional.

When depression and alcoholism occur together, they can be especially destructive to your life and can cause you to withdraw from your responsibilities and commitments, and even lead to suicidal ideations.

The two conditions can be dual diagnosed, which makes for more effective treatment and reduces the chance of relapse significantly.

To ensure that your treatment is comprehensive and covers every addiction or mental health issue you may suffer from, contact Rehab Recovery today.