Amphetamine addiction is a serious medical illness that requires the appropriate treatment. Amphetamines are a class of synthesized drugs that are usually available by prescription to treat an array of illnesses.

These drugs are known for their effect on the central nervous system and can have serious adverse side effects when misused or abused. Amphetamines, which are commonly known as speed, ‘whizz’, ‘base’, ‘billy’ and ‘dexies’ are a type of drug which has a simulative effect on the user.

This drug allows the user to stay awake and alert for very long periods of time, meaning they often feel excited and have increased confidence along with sensations of exhilaration.

The effects from amphetamines can normally last for about six hours which is then followed by an extensive “come down” period. These drugs are normally consumed in tablet form but they can also be injected.

Addiction normally begins as a person’s tolerance develops with continued use of the drugs or with larger and stronger quantities of the drug being consumed in a need to experience the same “buzz” feeling.

There are many situations where amphetamines are prescribed for legitimate use to treat illnesses such as narcolepsy, ADHD, and in some extreme cases, obesity. The types of amphetamines that are commonly administered today include:

Amphetamines are known to be highly addictive both psychologically and physically, and many cases of overuse and abuse stem from over-prescription or neglectful use for a legitimate purpose.

Although a legitimate substance, amphetamines are commonly abused due to their stimulant effect. This effect has been compared to how cocaine works in the human brain.

Do I Have An Amphetamine Addiction

Do you know someone who is worrying you by exhibiting a possible addiction to amphetamines?

Try asking yourself the following questions.

How Dependence Becomes an Addiction

Many individuals who use amphetamines for a genuine reason may begin to become dependent on the drug for the regular function of their day to day lives. Frequently, the user may become both physically and mentally dependant on amphetamines and may develop symptoms of withdrawal when not under the effect of the drug.

When the body becomes reliant on a substance, the user will become physically addicted as a result of the changes the drug makes to the function of the central nervous system.

Those suffering from depression or anxiety may become reliant on the numbing effect this drug has on the emotional state of the user. When used to self-medicate in this way, the user will develop a dependence on the drug, which will ultimately lead to an addiction if left to develop untreated.

What Does Being Addicted to Amphetamines Mean?

Being addicted to amphetamines usually starts with a misuse of the drug for other related illnesses or even by superficial dependence. When a user becomes addicted to the drug, they may struggle to go about their day to day life without being under its effect and will rely on amphetamines for daily function.

There are many tell-tale signs that an amphetamine user is starting to develop a dependence on the drug, which include:

Although some of these symptoms may seem harmless at the face, if left untreated, they will ultimately lead to a severe case of amphetamine addiction.

How Dangerous is an Amphetamine Addiction?

As these drugs have an adverse effect on the regular functioning of the central nervous system, addiction is a very serious issue. The misuse of amphetamines causes a high number of deaths each year and is becoming a prevalent issue amongst the British population in recent years.

This dense list still covers only a small fraction of the ill effects amphetamine addiction can have on a person’s health. Many do not fully understand the extent to which a body and mind can be damaged from these drugs just because doctors prescribe them.

Who is at Risk of an Amphetamine Dependence?

Amphetamine addiction can become an issue for people of all walks of life, no matter their social or financial status. Many cases of problems stem from m utterly legitimate use of these types of drugs.

These drugs are over-prescribed, which means dependence may present itself to patients from all walks of life. Although relatively harmless when used correctly, amphetamines, when misused, possess a relatively uniform pattern of developing risk factors.

Those with poorly managed social interactions and trouble with social situations may exhibit increased levels of motivation and engagement, which leads them to depend on the drug for these types of cases.

Overconfidence in these situations is a sign of the adverse effect of the drug and maybe a sign to consult a physician regarding your continued use of amphetamines.

Those suffering unknowingly from mental health issues are prone to develop an unhealthy relationship with these types of drugs. Underlying problems such as depression and anxiety may put people at risk of developing a dependence on amphetamines that may ultimately lead to an addiction.

There has been a considerable increase in both psychological and physiological studies in recent years regarding the effects that genetics may play a roll in addiction previously unknown.

A family history of mental health is one of the most dominant factors amongst substance abuse victims and has sparked much conversation in the scientific community.

Due to the use of amphetamines in treating ADHD and similar illnesses, teen addiction is a very serious problem in recent years. Our clinics work in conjunction with social services and parents to provide a safe and effective route to treating amphetamine dependence in teens. 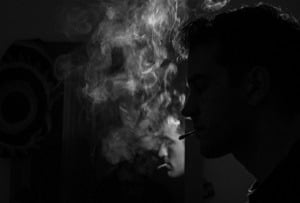 How Do People Abuse Amphetamines?

There are some ways in which people abuse amphetamines, and many people tend to take the drug orally. However, increased recreational misuse has led to other hazardous methods of administration being used.

Burning amphetamines and inhaling the resulting vapor is a standard method that addicts tend to use to administer the drug. Studies have shown the rapid effects amphetamine has on the body when absorbed through the mucous membrane, which has resulted in a rise in this abuse method.

This kind of administration leads to detrimental lung health and can give rise to severe and adverse side effects.

Crushing amphetamine tablets and snorting the powder is another method used to absorb the drug through the mucous membrane. Although not as detrimental to the lungs as smoking the drug, this can have terrible effects on the users breathing and lung health. The crystal-like powder can tear away tissue when taken with this method.

The most dangerous way of abusing amphetamines is through injection. This is a hazardous method and can lead to serious side effects, most of which occur from poor needle hygiene. This can lead to bloodborne pathogens being passed amongst recreational users who share needles.

The dangers of amphetamine use are seriously detrimental to the regular functioning of the human body. Serious issues can have a rapid effect on the body and may lead to death over a short time period.

Many of these symptoms of amphetamine abuse, if left untreated, can lead to a decline in the health of the user and eventual death if rehabilitation is not sought in time. Due to the drug’s alteration of brain function, some of these effects are irreversible and may be permanent.

Amphetamine induced psychosis is one of the hardest issues to treat when it comes to amphetamine addiction and abuse. The adverse effect this drug has on the brain can cause a breakdown in cognitive function and can result in the inability of the addict to reason.

Erratic behaviour that may risk the drug user and people they come into contact with is a real danger when a consequence of amphetamine-induced psychosis.

People who undergo amphetamine-induced psychosis are a danger to themselves and anyone they interact with, and due to this, they should seek immediate help and detoxification. Sometimes, inpatient treatment is the only safe way to effectively treat amphetamine-induced psychosis, as this particular side effect takes constant specialised medieval attention to address safety and effectively.

Withdrawal symptoms can often be debilitating to the user due to amphetamines having such an adverse effect on the bodies’ regular functioning. There are many ways in which you can go through amphetamine withdrawal, and some symptoms may result in severe damage to the individual’s regular bodily function and mental health.

Some extreme cases of addiction need alternative medications to help and mitigate any damage that may be done to the patient. For this reason, amphetamine withdrawal should not be attempted without the careful supervision of trained medical professionals as the potential consequences of mistreatment are dire. 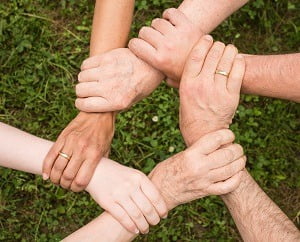 Although amphetamine addiction can be hard to beat effectively, inpatient clinics have shown the highest success rate in treating the addiction and preventing relapse.

There are many different routes an individual may take to seek help from amphetamine dependence, such as,

In most severe cases, this may be the only option for amphetamine addiction treatment. As the drug has such adverse withdrawal effects on the body, close medical monitoring, and observation is essential for the full recovery of the patient.

Therapy is an effective way of treating the causes that led you to abuse amphetamines in the first place, and it can be extremely beneficial when recovering from amphetamine dependency. Most inpatient clinics incorporate therapy into the recovery schedule of each patient to ensure they can avoid relapsing after treatment ends.

Frequently the patient’s addiction to amphetamines is so severe that they require the use of alternative medications to counteract its effects; however, this is a compassionate way to treat amphetamine withdrawal and must be provided by specialists and monitored closely.

Following the cessation of amphetamine use, rehabilitation is essential for developing healthy habits in the patient and providing them with a path to recovery both during and after treatment.

If either you or someone you love is struggling with amphetamine dependence, help should be sought at the earliest point in time possible. Two options provide a treatment that is broadly available for 24/7 care for amphetamine addicts, no matter the severity of their addiction.

Inpatient treatment is the most successful way to treat dependence or addiction to amphetamines. As the body goes through detoxification, the medical staff available to deal with any adverse situation which may arise is essential. Many homeless addicts can avail of the shelter and comfort provided by inpatient care and may work with social services to help them find housing following treatments

Although extremely beneficial, this service is only suitable for those with minor amphetamine addiction, as the drugs physically addictive properties may make hospitalization necessary.

Amphetamine overdose, due to the drug’s potent effect on the central nervous system, if not treated effectively, may ultimately lead to death. If you or someone you know is going through an amphetamine overdose, immediate hospitalisation is required.

An amphetamine overdose can lead to the following side effects, even when treated medically:

How to Help Someone Addicted to Amphetamines

If you or someone you love is going through an amphetamine addiction, medical help should be sought immediately. The consequences of amphetamine addiction can be deadly if left untreated, and many lives have been destroyed by misuse of these drugs, no matter how carefully prescribed or administered.

Your very first step is getting in touch with an inpatient program and scheduling a screening appointment. For more information on how to help others with drug addictions, visit our intervention page.

Suffering from an addiction to amphetamines?

Call us now on 0800 088 66 86 for help and advice on how simple and easy it can be to get free of an addiction to amphetamines and live a happier, healthier life.