In the UK, thousands of people are living with some form of substance abuse or addiction. Drug abuse, alcoholism, and other forms of dependency are big problems, and there is abundant independent research that indicates the scale of the problem.

Treating addiction is hugely important, and that’s why there are so many options up and down the country for individuals to access detox, therapy, and relapse prevention services.

Drug abuse in the UK

Alcohol misuse in the UK

The same study also found that, on their heaviest drinking day of the week, almost 7% of women exceeded 9 units and 10% of men exceeded 12 units [4]. The NHS recommends that individuals ingest no more than 14 units of alcohol per week.

Over the past 30 years, cannabis has been the most widely used drug in the UK. Nearly 8% of adults are reported to use it, a drastically higher figure than the second most-used drug, powder cocaine, which is just under 3% [1].

Of all of the people who began drug or alcohol misuse treatment during 2021, 60% had alcohol problems, 29% had opiate problems, and 20% had issues with crack cocaine. Other substances included cannabis (21%) and cocaine (15%) [7].

In 2015, a study by the Royal College of Anaesthetists found that 5.4% of adults aged 16 to 59 had abused a painkiller substance that they had not been prescribed by a medical professional [8].

This misuse was found to be more prevalent in younger people, with the percentage increasing to 7.2% in those aged 16 to 24.

Addiction treatment in the UK

Those who struggle with addictions are strongly advised to seek medical help to beat whatever form of dependency they have developed. Regardless of whether it is drugs or alcohol, unhealthy substance use can only be overcome by attending addiction rehab.

What does addiction treatment involve?

Rehab begins with detox, the process of ridding the body of its physical reliance on a substance. It can often be a dangerous stage of treatment – especially when it comes to alcohol – and those who undergo detox must do so under medical supervision.

This degree of danger stems from the withdrawal that individuals go through when they undergo detox.

These can range from being mildly uncomfortable to putting an individual’s life in danger, and must therefore be closely monitored.

Detox is usually aided with the prescription of benzodiazepines, drugs which dampen withdrawal and give individuals the physical and psychological stability to become sober.

Once sobriety has been established, individuals move onto therapy, a stage of treatment that focuses on the underlying motivations and triggers that sustain harmful substance use.

Therapy, depending on the form utilised, can look at an individual’s thought processes, emotions, or social life in order to identify why they consume such unhealthy quantities of a substance.

For example, individuals undergoing Cognitive Behavioural Therapy (CBT) are supported in identifying the thoughts and mindsets that regularly push them toward substance abuse. From this, they are taught to establish methods of combatting these triggers.

Getting help from Rehab Recovery

From the facts and figures, it is clear to see that addiction affects millions of people throughout the UK. It is a condition that can affect anyone, and getting treatment is a vital part of getting healthy.

At Rehab Recovery, we understand that reaching out for help is not an easy thing to do. Developing an addiction can be scary, and finding the right kind of support can feel even more daunting.

In This Article
1. Drug abuse in the UK
2. Alcohol misuse in the UK
3. Substance-specific statistics
4. Addiction treatment in the UK
5. Treatment for addiction
6. Getting help from Rehab Recovery
7. References 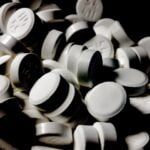 Pros and Cons of Methadone