Why Dry Out January Is Bad News For Alcohol Health

Why Dry Out January Is Bad News For Alcohol Health 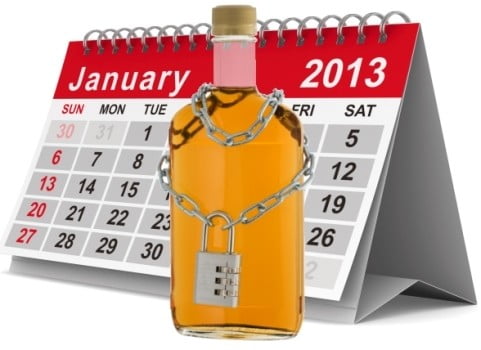 A large number of people have gone teetotal in January thanks to campaigns by Alcohol Concern and Cancer Research UK to encourage a sponsored “Dry January” with money raised going towards alcohol and alcoholism research.

There are plenty of benefits on offer with this idea, all of which are perfectly valid – lose weight, save money, sleep better and (perhaps most critically for many people) see if you can actually cope without a drink for all thirty-one days…if you can’t, there may be some deeper problems that need addressing as quickly as possible.

Similar campaigns in Australia and New Zealand have been highlighted by Alcohol Concern as extremely successful, with more than 33% of participants going on to drink less frequently for the ensuing year, but even the most optimistic of the Dry January organising bodies have to admit that a single month of no booze will not magically rejuvenate everyone’s liver. What then is the point?

Aside from the possibility of realising a hitherto undetected alcoholism problem in those who encounter difficulties in staying on the wagon for the entire month, the answer is actually that there really isn’t one. The British Liver Foundation isn’t a fan of the Dry January idea at all, saying it far prefers people to drink at sensible levels throughout the year rather than adopt the binge and dry out the approach which the scheme inadvertently encourages in many people.

It is far better to have two or three dry days every single week rather than a whole month off which then gives the all-too-convenient excuse to go on a binge in December and February.

The average liver can successfully metabolise alcohol at a rate of around one unit an hour, but regularly drinking more than that without some days off causes the buildup of fat cells which severely impedes its efficiency. Again the liver will faithfully do its best to recover if given a break, and most usually will, but ongoing heavy alcohol consumption or repeated sessions of binge drinking will provide alcohol hepatitis and an inflamed liver, which can be a fatal condition.

Another common condition for alcoholics to develop is cirrhosis, which is where the liver becomes damaged enough to develop scarring and shrinkage. Cirrhosis does not get better and there is no comprehensive treatment – the only option is to stop drinking in order to minimise further damage. Cirrhosis is oven fatal as it can cause liver failure.

There is also some significant evidence to suggest that more liver-disease related deaths in the UK are due to regular or daily drinking than binge drinking, especially for those who started drinking in their late teens or early twenties (or earlier). This pattern makes alcohol addicts particularly vulnerable as many alcoholics are characterised by their daily drinking patterns.

If you know someone who never seems to have a day without a drink, the chances are good that they are putting themselves significantly at risk of liver disease, cirrhosis and other potentially fatal conditions. To address alcoholism quickly it isn’t always wise or safe to wait on the NHS making free treatment available, which is where our guidance on private alcohol rehab can really make the difference between life and death.

Give Rehab Recovery a call today on 08000 886 686 for totally free and confidential advice on the range of private alcohol treatment options available.

Not only could it help someone you know start to live healthier and happier, free of addiction, but it could actually save their life.

Read the original story on the Guardian Life & Style.