The Prozac Economy – The Rise of Antidepressants

The Prozac Economy – The Rise of Antidepressants 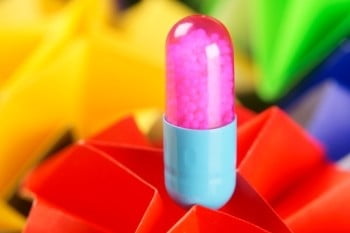 Since it was created twenty five years ago, Prozac has become culturally synonymous with a wide variety of mental illnesses. Especially in the 1990s Prozac achieved the dubious honour of being the first prescription drug to be considered “trendy,” achieving fame amongst the general public thanks to Elizabeth Wurtzel’s bestseller Prozac Nation. Now it is almost universally thought of as “the” antidepressant, at least by those outside the medical profession who have never themselves been affected by mental illness.

Prozac has also been firmly at the centre of the debate about supposedly conflicting treatment regimes for depression – the so-called “talking treatments” such as counselling and psychological interventions versus prescribed drugs.

“What made Prozac good was not that it was potent, which it really was not, but that it had really good marketing,” says David Healy, a professor at Cardiff University and the author of Pharmageddon. “They made us overcome the natural caution most of us have about pills and convince us that we absolutely had to have these things.”

Since the 90s Prozac has been accused of providing what the BBC calls a “chic gloss” to mental illness in some people’s eyes. It has become the shorthand term for almost any antidepressant, regardless of potency, and even appears in the Oxford English Dictionary. You can now have a “Prozac Moment” (one of fleeting happiness or forgetfulness) and a “Prozac Shot” (sambuca and schnapps).

The more regular and accepted use of antidepressants has led to a reduction in mythos and the stigma of using them, meaning many GPs are now far more willing to prescribe them to patients, and patients who are feeling “down,” even just temporarily, are often to be found asking for their GPs to prescribe antidepressants even if the mood is due to normal factors which might be better resolved in “talking therapies.”

Needless to say it can be very easy, especially for these more alarmist patients, to become addicted to their antidepressant prescriptions, which leads to extensive psychological issues. Long term use of some antidepressant drugs can also produce physical side effects which impact the person’s long-term health, but even legitimate problematic side effects are often ignored by people who assume that because a drug comes from a doctor it cannot hurt them.

If so then this person could be battling with a genuinely dangerous addiction. Get in touch with Rehab Recovery for free help and advice on 0800 088 66 86 today, or send us a messagerequesting a call back and we’ll give you a discreet ring for a chat about your concerns.

Will Self’s The Prozac Economy

You can learn more about Prozac and its impact on popular culture by tuning into Will Self’s The Prozac Economyprogramme on BBC iPlayer. The programme is also being repeated on BBC Radio 4 on April 14th at 1700 BST.

In This Article
1. Will Self’s The Prozac Economy