Homeless Addicts Need Treatment as Much as Housing

Homeless Addicts Need Treatment as Much as Housing

At the age of 15, I was hooked on crack and heroin. At the age of 16, I was homeless. By the age of 17, I turned to prostitution. I was without hope and the child inside me was gone forever”, recalls Tim A, a man we know well who has now been in recovery for more than 27 years.

Tim’s story illustrates the often common progression from troubled family life to addiction and homelessness. But this early misfortune does not have to be a death sentence, and countless people who go down this path may turn their lives around for the better.

In this post, we discuss the link between addiction and homelessness, but perhaps more importantly, we recommend a number of charities that exist to help homeless people get back on track for a happy and stable future.

Often, we hear people debating whether addiction causes homelessness or vice versa. We feel this debate is largely based on erroneous assumptions, given the fact that the answer is likely to be neither. Instead, homelessness and addiction are symptoms of mental health problems.

Those who are considered ‘right wing’ are often known to blame the homeless for their plight. These people say the homeless ‘choose’ to be homeless, and so taxpayers should not be expected to fund the homeless via the welfare state. Those holding these ignorant beliefs are known to dismiss the homeless as alcoholics and drug addicts. This attitude assumes that addiction is the cause of homelessness, which is clearly not the case.

The homeless: an ever-shifting population

For the vast majority of people affected by homelessness, circumstances will improve for the better. Homelessness is rarely a permanent state of being. The homeless population is not static, but the number of homeless living in the United Kingdom has dramatically increased over the last few years due to an almost ideological pursuit of policies designed to promote austerity.

Who are the homeless?

Homeless is an adjective that squarely fails to describe the people it claims to represent. The homeless consist of people from all classes of society. This perhaps reflects the fact that mental health problems do not discriminate based on age, class, sex or race.

Homeless people are classified as such because they lack a fixed abode. Recent official figures suggest there are 4,751 rough sleepers in England as of April 2017.

It is also worth pointing out that there exist different categories of homeless people. These categories include:

Homeless people experiencing any of the above categories of homelessness are known to disproportionate experience from addiction and mental health problems.

Helping the homeless turn their lives around

Although public funding for the homeless has reduced over the last decade, help still does exist. We must also stress there are a number of measures the Government could pursue that do not involve the spending of money. These measures could include: 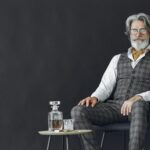 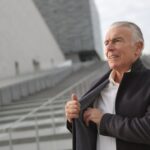 New, large-scale research from the University of Michigan School of Nursing (1) has found that those who misuse prescription drugs […] 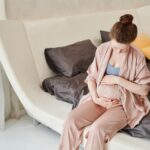 The Effects of Heroin on Pregnancy

Many women throughout the UK become pregnant while addicted to heroin. Heroin is an incredibly strong substance with extremely adverse […]