Cocaine To Blame for Financial Crisis?

Cocaine To Blame for Financial Crisis? 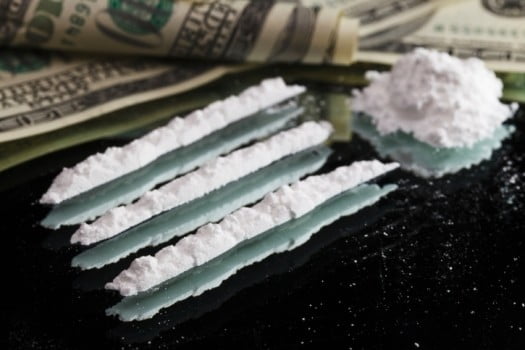 Former US president George W Bush made the typically concise statement that Wall Street got drunk when asked about the main cause of the worldwide financial crisis that started to emerge in July 2008.

Two years later Mervyn King, the governor of the Bank of England, suggested in his Mansion House speech that the role of a central bank in monetary policy is to take the punch bowl away just as the party gets going.

What few people have realised is that the wrong intoxicant may be to blame, as this weekend former drug mogul David Nutt told the Sunday Times that banking officials making regular use of cocaine got us into this terrible mess.

Geraint Anderson, a former City analyst and now a columnist for the London paper, says he is inclined to agree. As one of the effects of cocaine use is to produce bouts of excitement and an ability to become talkative – and convincingly so – about many topics which the user may or may not know anything about in actual fact, Anderson suggests that the credit bubble from the mid-2000s was a direct result of this sort of irrational exuberance. He adds an argument that traders were better able to sell absurdly complicated financial weapons of mass destruction after taking cocaine as a confidence booster, and even adds that

“Surely only cocaine-ravaged buffoons would actually buy billions of dollars worth of mortgage-backed securities when they were so clearly doomed to explode the minute the property boom stalled.”

Anderson goes on to talk about how he regularly saw the effects of cocaine addiction at City bars and heard the overconfident gibberish from many banking workers during his twelve-year career in the sector.

“There were also lots of stories about some of the big swingers in New York enjoying a line or 10 of an evening. Bernie Madoff’s office was apparently known as “the North Pole” such were the gargantuan quantities of “snow” to be found there.”

Anderson’s theories are backed up by Dr Chris Luke, a specialist at Ireland’s Cork University Hospital, who has been studying the effects of cocaine on banking industry workers. In the Irish Examiner in 2010 he said

“In financial centres and political centres, the rampant use of cocaine leads to a kind of megalomania — a sense of mastery of the universe — which lead to what economists call irrational exuberance. People were making insane decisions and thinking they were 110% right, they could not be persuaded from that…”

Common symptoms of cocaine use include a runny nose or nosebleeds, hyperactivity, sudden excitement and overconfidence which can lead to poor decision making in everyone from City executives to ordinary family members.

While not everyone is in a position to have such a dangerous effect on the economy, it is all-too-common for cocaine users to cause devastation to their families through poor decision making, which is usually fuelled further by financial problems as they search for their next cocaine hit to the exclusion of all other considerations.

Do you know someone who could be addicted to cocaine? Try asking yourself the following:

If this seems familiar then Rehab Recovery can help. Our range of addiction advice services can help people from all walks of life take control of their addiction and take the first steps towards a happier and healthier lifestyle for themselves and their families.

Whether you need private cocaine rehab or are a high powered career professional in need of specialist executive rehab services, give us a call on 0800 088 66 86 today in complete confidence to find out how we can help.