A new alcohol vaccine will immediately give drinkers a hangover if they drink a small amount of booze. The vaccine stays effective for between six months to a year. It works by sending a message to the liver not to express genes that metabolise alcohol. Trials have been done on mice with human tests planned for November. 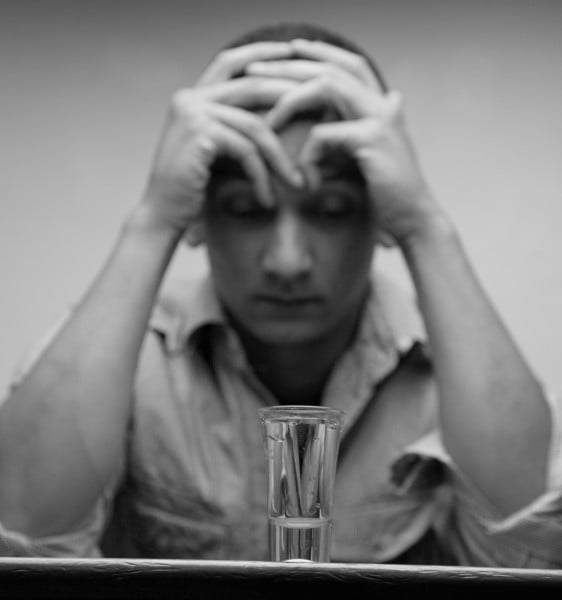 A new vaccine gives the person an instant hangover immediately after they have a drop of alcohol. Scientists from the University of Chile designed the drug over the course of a year in a bid to tackle the growing problem of alcoholism in the country.
The liver normally turns alcohol into a compound called acetaldehyde which is what causing the hangover systems. This is then broken down by a metabolising enzyme. Anyone that is vaccinated will immediately experience sever nausea, accelerated heartbeat and general discomfort. Something to be aware of is that once the vaccine has been administered it cannot be reversed.
A trial on mice has been completed to determine the correct dosing and they are hoping to begin tests on humans in November. Dr Juan Asenjo who is head of the study told the Santiago newspaper ‘People who end up alcoholic have a social problem; a personality problem because they’re shy, whatever, and then they are depressed, so it’s not so simple. ‘But if we can solve the chemical, the basic part of the problem, I think it could help quite a bit”
Dr Juan Asenj believes that the vaccine has the potential to help millions of people around the World ‘If it works, it’s going to have a worldwide impact, but with many vaccines, one has to test them carefully. I think the chances that this one will work are quite high.’
Note that with all this vaccine drugs it will not take away the need for treatment for the underlying emotional related problems and depression.
The drugs are only a symptom of the illness and an anaesthetic to deep underlying emotional problems and pain (depression and anxiety), which then becomes a chemical dependency problem.
To read the full story please see the Daily Mail.
If you or someone you care about is seeking private alcohol rehab or drug rehab and finding the range of options available worrying or confusing, give Rehab Recovery a call today on 08000 886 686 for immediate and confidential advice to help you take the first steps on the path to a happier and healthier life.