The appearance of Functioning (or High Functioning) Alcoholics (HFAs) is misleading, to say the least, it is unlikely you will clearly identify them as people who have a problem with their drinking just by looking at them.

Instead, there are far more subtle clues that you may pick up on that may lead you to suspect that they have a problem with alcohol and that becomes more likely the longer that you have known them.

HFAs could represent a hidden epidemic of alcoholism as there is not an abundance of research into this category of excessive drinkers, probably due to their ability to hide their problem expertly from everyone around them for such long periods of time. (1)

This is because they are able to hold down jobs and in many cases successful careers and on the surface maintain good relationships with family members, friends and colleagues.

They have even managed to avoid falling foul of the police and the legal system (which could be down to luck as well as control).

HFAs tend not to progress quickly towards serious excessive drinking patterns and can go without alcohol for a period of time but are susceptible to binge drinking.

They tend to have a greater tolerance to alcohol and may not suffer withdrawal symptoms like many heavy drinkers and they tend not to let consuming large quantities of alcohol affect their behaviour or emotions.

HFAs do not tend to have personality changes such as becoming more obnoxious or aggressive when drinking heavily and may still display the charisma that they are synonymous with.

Due to their slightly different patterns of alcohol consumption HFAs are unlikely to meet the criteria for alcohol dependence and do not tend to experience tolerance and withdrawal which are features of physical dependency.

That means that their motivation to drink alcohol serves a particular purpose for them, such as giving them courage or helping them unwind after a tough day at work.

They also possess an ability to exercise a fair amount of control over their drinking behaviour so they always manage to draw on psychological resources that prevent them from falling deeper into patterns of drinking which could lead to their health significantly deteriorating or their life becoming unmanageable.

They tend to show enough restraint to keep their family together and hold down a successful career.

Their careers are important to them and they strive for success and recognition as well as material possessions which may explain why they are able to hold things together when they need to, as this need for success could be said to be stronger or at least equal to their need to consume alcohol.

This ability to exert strong psychological control allows them to consume alcohol while still maintaining high professional standards during the working week and general ability to consistently appear to enjoy life and have good relationships, both at work and socially.

They are able to exhibit enough self-control to prevent themselves from drinking alcohol at inappropriate times, such as just before work meetings or when they have to focus on tasks that require concentration and precision.

However, if alcohol is part of their regular workplace culture then they are able to blend into this culture unnoticed and drink alcohol without reprisal or fear of being exposed.

There are various factors that have been identified (1,2) that can provide some clues as to who is an HFA or whose behaviour reveals that they are more likely to develop into an HFA.

These factors cover periods of time from adolescence, through college or university and into the early part of their working career. These are key phases in the development of patterns of alcohol consumption that we tend to observe in HFAs.

It has been identified that growing up in a family where there are high parental expectations is a significant contributory factor, as is the child possessing a constant need for approval from his / her parents.

The parental expectations for their children will probably include wanting them to achieve high levels of academic and professional success or towards high levels of accomplishments in sport, music and the arts.

There may also have been an expectation to follow particular (possibly strict) religious practices and beliefs.

In contrast with this, it seems that parents who do not supervise their children frequently or who show little interest in their lives are also at risk of their offspring becoming vulnerable to developing an obsession with alcohol as they reach adolescence and adulthood.

This lack of attention means they have less of an ability to structure their time and to regulate themselves emotionally which may make them vulnerable to addictive behaviour as adults. (3)

HFAs develop start to develop a need for alcohol as they move away from just consuming alcohol for pleasure in social situations.

As they begin their adult lives and careers alcohol is used to alleviate the ever-increasing amounts of stress that feature regularly in their lives, which indicates that there is a psychological dependence slowly developing.

Research (1,2) has indicated that HFAs appear to have personal traits that might provide some clues to their drinking behaviour.

These traits include competitiveness and a “workaholic” level of commitment to work due to the fact that they need to prove themselves in most areas of their lives as they have a need to attain high levels of success.

They also aspire to have a good standard of living and possess a strong taste for material goods and regular holidays abroad.

They are very good communicators and possess excellent social skills, and they do in fact tend to be very likeable and popular with peers and colleagues.

This is part of the disguise that convinces people around them that they do not have a problem with alcohol as their appearance and personality does not fit in with people’s image of someone with a drinking problem.

They also have a desire to seek excitement and external gratification, so they will tend to be the driving force behind any events and holidays where they can find this excitement as they tend to have a restlessness about them.

They will seek to persuade others to join them in attending such social events many of which can be of an extreme nature such as bungee jumping.

It has been noted by some researchers that women tend to drink more often to deal with certain relationship issues and to deal with various stressors in their lives, particularly if they have a career (finance, medical, law) or a responsible position (manager, supervisory) and are balancing this role with caring for a family. (2, 4)

Female HPSs are even more skilled at hiding their drinking than their male counterparts, particularly if they have a family to attend to as well so they may tend to drink alone or disguise their drinking well.

HFAs in the professional world become supreme experts in hiding the fact their alcohol consumption has reached a level that may indicate they have a problem. But on closer inspection, the culture in their working environment may provide some clues.

For example, they tend to use or adapt the “Work hard, play hard” sound bite which is reflected in regular heavy drinking sessions with work colleagues as well as socially with friends and family.(1)

They are attracted to extreme lifestyles and high pressured jobs many of which are associated with strong drinking cultures which provides them with the opportunity to blend in with that environment so they do not stand out as anyone who has a drinking problem.

Their drinking increases as their career develops as alcohol becomes the perfect foil for them to unwind from the pressures of their job.

They drink alcohol to cope with these pressures and to celebrate successes so alcohol and their naturally competitive nature start to become inextricably linked with their work role. (1)

Alcohol enables HFAs to cope with all the stressors (family) of life outside of work as well and over time it becomes clear that without alcohol they would not be able to cope.

HFAs Over the Course of Time

As the years go by though their excessive drinking may become a problem for them as years of high alcohol consumption start to negatively impact their physical appearance and mental capabilities. As the body ages, it becomes tougher for it to process alcohol as efficiently as it used to (3).

It is when HFAs reach their 40s and 50s that their excessive alcohol consumption can spiral out of control and start to unravel and the secrets they have been keeping for years are slowly revealed to everyone in their circle. (1,2,4)

Despite maintaining an image of success for years with no clues as to the true extent of their drinking HFAs will slowly start to exhibit physical symptoms that may indicate that they are heavy drinkers.

For example, there may be changes in the colour and texture of their skin, they could have a ruddy complexion and there may be small blood vessels apparent on their nose and face, which may appear redder than they used to be and there could be weight gain around the stomach area. (1, 4)

Their hands may appear to be shaking and/or trembling and they will struggle with fatigue in the morning more often which will affect their energy levels and work performance.

However several warning signs are apparent in HFAs which can hint that they may have an unhealthy relationship with alcohol. Examples include being critical towards people who do not drink alcohol, possibly accusing such people of being boring.

They are also likely to become irritable and defensive, with a strong sense of denial when challenged about their high level of alcohol consumption. (1,2)

It may also be noticed that the volume of alcohol they can consume at functions has started to increase.

They may turn up to work functions early to consume alcohol or it is noticeable that they have already been drinking when they arrive.

There may also be personality changes, for example, they may not be as jolly or as positive as they previously were or they lack their usual high energy levels.

There may be changes in work routines or productivity i.e. the quality of their work may begin to decline from its usual standard and they may start turning up late for work meetings and appointments.

They may not be seen for a significant period of time around the workplace due to health issues or due to their need to consume alcohol. (1,2)

Many HFAs tend to have a Double life, despite the outward appearance of a professional image represented by a responsible position, decent salary and happy family life.

It’s not uncommon for HFAs to drink large amounts of alcohol on their own if they are unable to find colleagues or friends to join them. (1) The need to drink more often could become greater as they may start to develop a physical dependency on alcohol.

(2) Fisher, G.L. ( ) Understanding Why Addicts are Not Alike: Recognising the Types and How Their Differences Affect Intervention and Treatment. Praeger. Oxford, England

(4) Pycroft, A. (2010) Understanding and Working with Substance Misusers. Sage. London

In This Article
1. HFA – Characteristics
2. Control
3. HFAs – Any Clues?
4. HFAs – Early Family Life
5. HFAs as Adults
6. HFAs as Professionals
7. HFAs Over the Course of Time
8. References 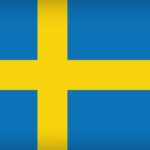 Alcohol Regulation in Scandinavia: Could It Work in the UK?

Over almost 100 years, the Nordic countries of Finland, Iceland, Norway, Sweden and Denmark have had restrictive alcohol policies. Could […] 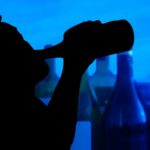 How Do I Stop Binge Drinking Alcohol?

There is no concrete definition of what exactly equals binge drinking. This is simply because every individual is different when […] 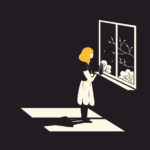 Steps To Take If You Are Lonely And Depressed

We are all living through difficult times at the moment, life is challenging most of the time anyway without the […]