A Guide to Opioid Withdrawal in Babies

A Guide to Opioid Withdrawal in Babies

Opioid withdrawal in babies or Neonatal Abstinence Syndrome (NAS) is a serious problem for new-born infants whose mothers take various medications or drugs during pregnancy.

Not every baby will suffer from NAS if the mother took substances during pregnancy. This outcome is determined by various factors, which we’ll take a look at in this article.

Caring for a baby with NAS takes some special measures. The baby might have to stay in the hospital for an extra few days. Here’s everything you need to know about NAS and care for babies with NAS.

What is Neonatal Abstinence Syndrome (NAS)?

NAS, or neonatal abstinence syndrome, is a condition that is noted in new-born babies. It’s a condition where the new-born baby suffers disturbances that are caused by withdrawal from substances.

This is withdrawal from harmful substances that the mother took during pregnancy, whether it is medications, drugs, alcohol abuse, opiates, and other types of substances.

If the mother takes methadone as part of her withdrawal during pregnancy, it might have consequences for the baby. All types of drugs taking during the last three months of pregnancy have a bigger likelihood to have an effect on the baby after birth.  [1]

The withdrawal will have various effects on the baby. NAS will affect the baby’s central nervous system, as well as respiratory, gastrointestinal and autonomic systems. It is a serious condition that can slow down and affect the baby’s development in later years. 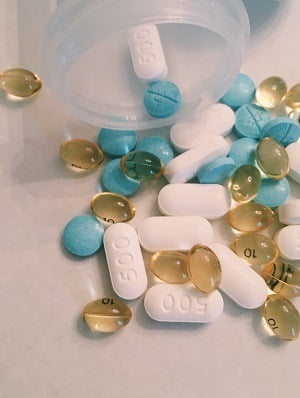 The Causes of NAS

Just like adults can suffer from withdrawal after the use of drugs is stopped, so can the baby once it’s born. If the mother takes substances during pregnancy, the drugs will transfer to the baby through the placenta. These can impact the baby’s central nervous system, and the baby will get used to the drugs.

Once the baby is born, the drug intake will stop, and the baby will suffer from withdrawal symptoms. Just like adults would.

Drugs are more likely to cause NAS, but so can various medicines. Opioids, heroin, methadone, cocaine, alcohol, marijuana, and even antidepressants can all cause NAS.

If the substances are taken in the last three months of pregnancy, they can have more severe effects. That’s made even worse if the substance use was severe.

Types of Drugs that Cause NAS

There are some substances that are more likely to cause NAS. However, all substances can have effects on the baby, but it depends on the dosages and times of usage.

These are the most common types of drugs that cause NAS:

When Will Withdrawal Take Place?

The withdrawal will not start for the baby right after birth. Most substances will have withdrawal symptoms after 24-72 hours after birth, depending on various factors. The type of substance matters, but also can the quantities of intake. When the last dosage of the drug was taken also has an impact.

Some drugs will cause withdrawal after 24 hours, while others will take some more time. Here are some timelines of when the withdrawal will start, approximately.

Non-opioids like methamphetamines will start withdrawal after 24 hours already. Inhalants can take up to 48 hours to show withdrawal symptoms.

Antidepressants can also start showing symptoms early; as early as after 24 hours, and after 48 hours at most.

How Long can Withdrawal Last?

The withdrawal will last longer for some substances. Opioids will usually take the longest, while antidepressants can take a few days to end.

Heroin-inducted NAS will last 8-10 days. Buprenorphine withdrawal can take at least 28 days to clear, but in most cases, it lasts more. Methadone is long-lasting; it can last 30 days or more. Other opioids take anywhere from 10 to 30 days to clear.

Methamphetamine and inhalants can cause NAS that will last anywhere from 2 days to 10 days.

Antidepressants can cause NAS that will last 2-6 days after the onset. 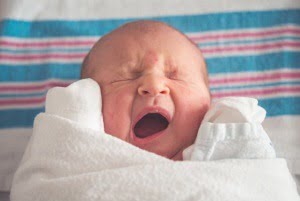 What Are the Signs of NAS?

NAS will start manifesting itself with various symptoms and signs that can vary significantly. In some cases, they are more severe, while for some, they are slightly milder. These are the most common symptoms of NAS.

Some symptoms might be the result of other diseases, which is why the baby is tested after the symptoms start showing.

Diagnosing NAS with the Finnegan Score

The nurse and the doctors diagnosing NAS will observe the baby and its symptoms and will enter the information about NAS into a table called the Finnegan score. The Finnegan score will sort the symptoms by severity; the higher the number, the more severe the symptom is with a baby. [2]

This is how an example of the Finnegan score will look like. Note that the numbers are exemplary. 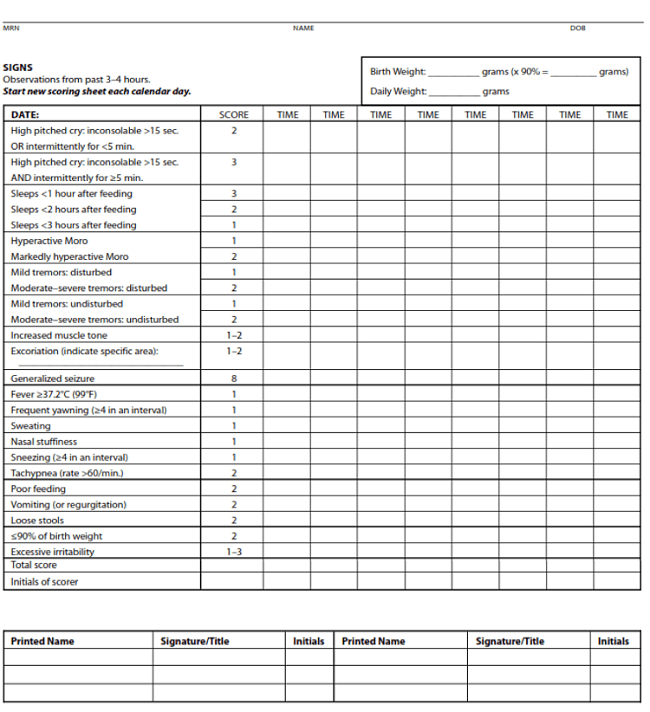 NAS can have various complications that can last for several months and can affect the baby well after birth. At birth or right before birth, NAS can have several complications. These include premature birth, poor baby growth in the uterus, seizures, birth defects, and yellowing of the skin.

A baby affected by NAS will likely experience a delayed development that will manifest for several years to come. Opioids will last for several months (up to 6 months) and might cause seizures. Both amphetamines and cocaine can lead to poor baby growth.

Cigarettes, marijuana, and alcohol can cause slow growth after birth. Marijuana is connected to learning problems later on. Alcohol can cause heart defects and other health problems. Cigarettes can put the baby at risk of stillbirth and premature birth.

How to Manage NAS

It’s crucial to manage NAS while it’s manageable. The management treatment options include swaddling and nursing, as well as intensive care. First, the doctor will have to diagnose the NAS. This is done by taking a look at the mother’s health history and her history of drug abuse.

The baby’s blood sugar also has to be measured in order to determine whether the baby has hypoglycaemia. Keeping the baby comfortable and warm is a good management tactic where other treatment options are unavailable. [3]

Upon investigating the Finnegan scoring system, the doctors will decide how to treat NAS. The treatment takes place in two ways: medicinal and non-medicinal treatment.

With medicinal treatment, the doctors will provide the baby with medicines and substances that will help with speeding up the withdrawal. The substances need to be from the same category of drugs that the baby is suffering from withdrawal. In most cases, it’s morphine that is used for treatment.

As for non-medicinal treatment, it includes holistic treatments that can ease the pain and the symptoms significantly. This includes placing the baby in an environment that’s not stressful. A dimly lit room with the mother present is suggested. Swaddling and baby cuddling should be done to help ease the pain and symptoms.

FAQs on Opiate Withdrawal in Babies

Below we have listed some of the most frequently asked questions relating to opiate withdrawal in babies. They are:

How do I Care for a Baby with NAS?

Caring for a baby with NAS will take several measures. The baby will usually need to stay in the hospital for several days, if not weeks. If there are no more symptoms of NAS on day seven, the baby will be discharged.

If the symptoms persevere, the baby will stay in the hospital, maybe even in the intensive care unit. Some babies will leave for home with medications. It depends greatly on the response of each individual to the treatment.

How Does Medication Help with NAS?

Medication can be very beneficial when it comes to treating NAS. Usually, doctors decide whether or not to use medication with the help of the Finnegan score, and will also consider it case by case. These are the most common medications for NAS:

What are the Long-Term Effects of NAS?

NAS can have long-term effects on babies that can last for months, maybe even years:

What to do If I’m Concerned About NAS?

If you’re concerned about NAS, contact your doctor and speak about it honestly. You’ll need to speak the truth, as it’s the only way for the doctor to help you with NAS. [4]

In This Article
1. What is Neonatal Abstinence Syndrome (NAS)?
2. The Causes of NAS
3. Types of Drugs that Cause NAS
4. When Will Withdrawal Take Place?
5. How Long can Withdrawal Last?
6. What Are the Signs of NAS?
7. Diagnosing NAS with the Finnegan Score
8. Complications of NAS
9. How to Manage NAS
10. NAS Treatment
11. FAQs on Opiate Withdrawal in Babies
12. What to do If I’m Concerned About NAS?
13. References