The Scottish Government is being urged to declare a drug addiction emergency in the wake of a 27% rise in drug-related deaths in the past year alone.

Among the thousands of voices calling for radical change and re-balancing of the available treatment services are recovering addicts, activists, and medical professionals who are concerned about systemic inequalities in the availability of treatment and services.

According to FAVOR (Faces and Voices of Recovery), Scotland is a country where “the rich get rehab and the poor get methadone”, and as a result, the rise in drug-related deaths affects the poor more so than the rich.

The “You Keep Talking, We Keep Dying” campaign was set up as a response to what many have deemed as catastrophic inaction from service providers, lawmakers, and politicians following a spate of drug-related deaths which has reached a record high of 1,187. 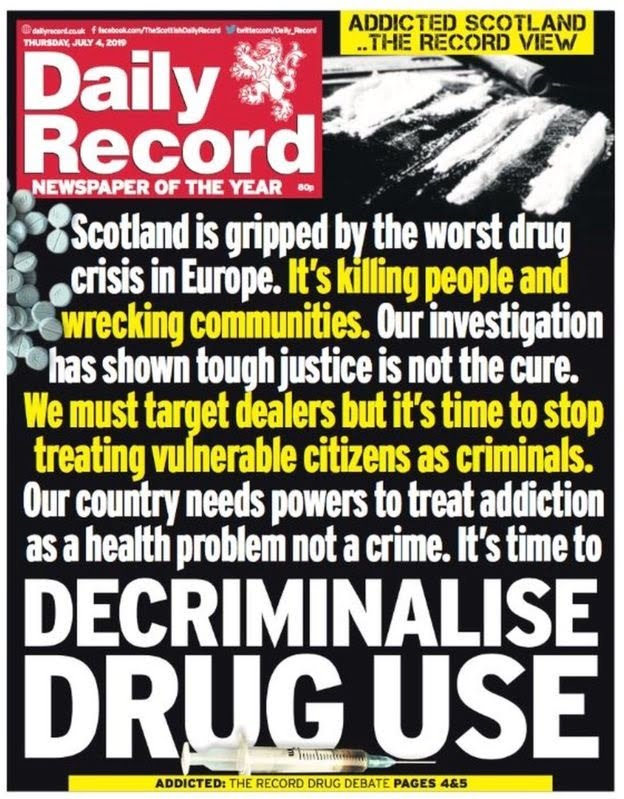 This new peak has put Scotland on par with the USA in terms of drug-related fatality per capita and marks a new low in the countries history.

On Friday, November 1st 2019, a meeting was held in a community centre in Possilpark, Glasgow, to discuss the powerful personal stories of many local families.

This community has been particularly afflicted by drug addiction; in sharing their stories the families of this community highlighted the depth and breadth of the problem. It was estimated there had been at least another 3 deaths in the last week alone. 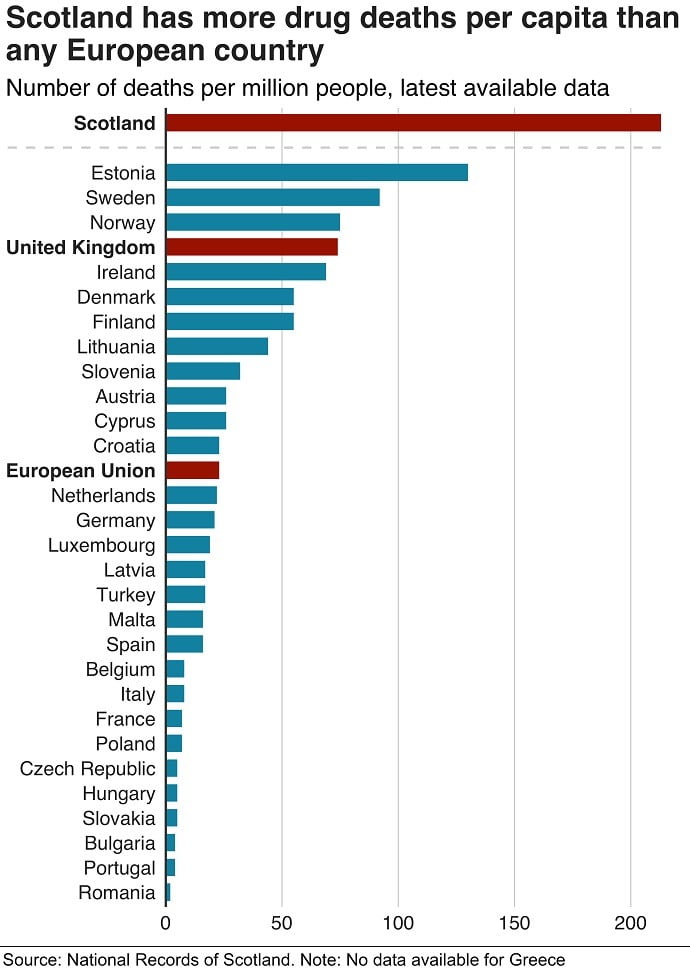 The joint message was a powerful plea to rise above the complex and ineffectual debate that is raging in order to seek a real solution.

As a charity focussed on recovery FAVOR is calling for the declaration of a public health emergency based on its report.

Based on more than 1,600 contributions from Glasgow communities such as Possilpark, the report is a damning indictment of the effectiveness of current services.

The main problem, both the report and many Glaswegians agree, is that opioid substitute programs and therapies (generally in the form of methadone provision) are not adequate.

Instead, FAVOR argues there should be more focus on comprehensive programs which aim to promote recovery and sobriety as opposed to addiction management.

In order to achieve this, the report suggests implementing a 35% increase in the national budget for treatment in order to offset the damage caused by previous cuts.

Greater accountability, too, for those involved in the provision of methadone is necessary, FAVOR argues, though there is still a place for high-quality opioid substitution therapies.

As the chief executive of FAVOR, Annemarie Ward states:

“We know there are only 14 abstinence-based bed is Glasgow, according to recent reports, yet people are paying to come to Scotland to attend treatment facilities. ”

Substitution therapy is not the same thing as treatment; it’s just a script-and-go service for most people. It has to work alongside psychosocial support, so people can look at the issues that caused them to get unwell in the first place.”

The incomplete and ineffective nature of drug addiction treatments available through the NHS has never been more clear, many affected individuals claim.

The communities most affected by drug addiction certainly lend their support to FAVOR’s report, which calls for more research into the outcomes of substitution and abstinence-based programs.

Unlike many voices in the current debate, however, FAVOR warns against pursuing decriminalisation.

Despite this path being considered by the task force appointed by the Scottish Government, and the opening of a safe injecting room by Glasgow City Council, Ward and her supporters are not convinced.

Many feel that to pursue this policy at the expense of policies for the improvement of current treatment centres, services, and resources, which can be adapted immediately and without transfer of powers from Westminster, would be irresponsible and ultimately ineffectual.

As rising drug addiction and drug-related deaths take a heavier toll on working-class and poor communities than ever before, Scotland faces yet another growing wealth gap.

As a country with some of the finest paid treatment centres in the UK, indeed in Europe, many feel that the services and treatments available to the majority of those affected by addiction are simply not good enough.

As a result, the calls for funding and serious change to the way in which we treat drug addiction are mounting; many feel that it is time for the Scottish Government to take action.