Bipolar disorder is a mental condition characterized by extreme mood swings from low episodes of mania to high episodes of depression and vice versa. These symptoms mainly occur at the same time, especially in more advanced cases. That is why this illness is also known as manic depression.

Bipolar disorder is not a rare condition. It is affecting millions of people around the world. Symptoms often appear in older teenagers or younger adults.

Women tend to be at higher risk than men, but the exact mechanism is still unknown. People with this condition might have difficulty managing daily tasks at work or managing their relationships.

In general, bipolar disorder can be divided into many different types, depending on the intensity and duration of symptoms. The main three categories are:

This type is characterized by episodes of mania in at least 1 week or by manic signs that are so extreme that people might require immediate medical attention. Episodes of depression can also happen, often lasting around 2 weeks. Bipolar I disorder occurs equally in both men and women.

This form is characterized by a distinctive pattern of hypomanic and depressive episodes rather than manic episodes as in bipolar I disorder. Bipolar II disorder tends to be more common in women than in men.

People with this type often experience depressive and hypomanic episodes that are less severe and shorter than bipolar I and II disorder. These symptoms only happen once or twice per month with stable moods.

While bipolar disorder is a relatively common health issue, it is not yet obvious the exact causes that many people develop this condition. Studies have shown several possible causes, including:

The structure of your brain can increase the risk of developing bipolar disorder. Those people with abnormalities in their cognitive system tend to be more vulnerable. In addition, some traumas, such as injuries or stroke, can also affect this organ, thus increasing the risk.

If you have parents, siblings, or close relatives with bipolar disorder, then the risk can be higher than other people. Nevertheless, it is necessary to know that the majority of people who have this condition in their family do not develop it, actually.

In addition to inside factors, some outside factors can also contribute to the development of bipolar disorder. These include physical illnesses, traumatic events, and extreme stress. Each of these elements can affect the brain. More importantly, the combination of those factors can significantly increase the risk.

Bipolar disorder can be challenging to diagnose as mood changes can vary. It is even more difficult to diagnose in adolescents and children. This is because these age groups typically have greater shifts in their energy levels, behavior, and mood.

To determine whether you have this condition, your doctor might start with a physical exam and some lab tests to find out any medical issues that would be the trigger. A psychiatric assessment can also be conducted to learn more about the symptoms.

Based on the results, a doctor can determine the presence of bipolar disorder, along with its cause and level of intensity. 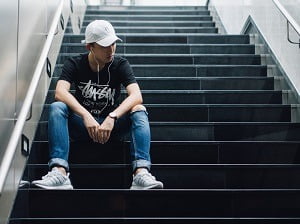 Bipolar disorder is often characterized by one of the following symptoms:

Mania is a feeling of being distracted, high energy, and elation. During an episode, it can be so intense that you cannot perform any daily task.

It can be hard to make someone in a mania to become calmer. People with this symptom can also make irrational decisions like wasting a large amount of money or having sexual intercourse with others.

Another typical sign of bipolar disorder is depression. This is simply a downshift in mood that makes you feel sad, unmotivated, and lethargic. Those shifts are not as extreme as those in depression, but they can still affect your daily life.

Hypomania is a manic episode that is less extreme than a full-blown episode of mania. However, it still has many negative effects and changes your behaviors in some ways. For many people, it can be hard to notice these differences.

The goal of outpatient treatment is to reduce the severity and frequency of depressive and manic episodes. On average, effective treatments can reduce the duration from 1 year to several months. Doctors often suggest the combination of medications, psychological and physical therapies.

There are many medications that can alleviate the symptoms of bipolar disorder. Among these, lithium carbonate is the most common option. People need to take this drug for at least 6 months to see the results. Other medications include antipsychotics, antidepressants, or anticonvulsants.

In more advanced cases when depressive or manic episodes severely affect your daily life, hospitalization might be required. This option should be considered when the patients shave suicidal thoughts or want to harm themselves. Inpatient treatment requires you to stay in a care facility or hospital in the long term until the symptoms subside.

Cognitive-behavioral therapy or CBT is a form of talk therapy. During this procedure, a therapist will talk to you about some strategies and techniques to manage the symptoms of bipolar disorder. In addition, he or she would help you understand the thinking patterns and develop some positive coping strategies.

What Else Can I Do To Help With My Bipolar?

Bipolar Disorder should always be treated with either medication, therapy, or another form of medical support advised by a healthcare professional. However, as with any cognitive disorders, there are certain areas of your life you can maintain yourself that will help alleviate the worse characteristics of bipolar.

These aspects can include:

It can be hard for those families with bipolar disorder patients. Without proper strategies, their relationships and daily lives can be severely affected. Family-focused therapy aims to resolve these problems by establishing a supportive and healthy home environment.

Psychoeducation is a type of counselling that can help you and your family members understand more about bipolar disorder. Knowing the symptoms, causes, and treatment options available can be very helpful in dealing with the condition more effectively.

Doing regular exercises can help you manage maniac and depressive episodes better. It is advisable to spend at least 10 minutes per day performing physical activities, such as bicycling, swimming, walking, or jogging.

Good sleep hygiene is important to manage symptoms of bipolar disorder. Some useful tips include sleeping and getting up at the same time every day, avoiding naps during the day, creating a comfortable bedroom, and avoid using electronic devices before sleeping.

Eating enough food plays a role in managing symptoms of bipolar disorder. Avoid skipping meals because it would increase the levels of blood sugar, which can negatively affect the mood.

Consume more omega-3 fatty acids in fish and plant oil to boost the levels of serotonin, which is associated with better mental health. Lastly, you should add more veggies and fruits to your diet to stay healthy.

Alcohol, caffeine, and illicit drugs can trigger manic episodes. Therefore, it is better to avoid consuming them. Switch to healthier options, such as caffeine-free herbal teas, chamomile tea, and similar drinks to make you calmer.

Call us now on 0800 088 66 86 for confidential and immediate advice if you or someone you love is struggling with bipolar disorder.