Depression is the most common mental illness in the world. In the UK alone over a fifth of the population reported symptoms of depression and anxiety. This figure has risen year on year, and while higher levels of awareness and communication have much to do with this, this can only account for part of this rising statistic.

Depression is more than feeling sad or fatigued for a day or two: it is a serious condition that requires medical attention. However, thanks to modern medicine and psychiatry, it is something you can generally recover from with the right treatment and support.

What You Need to Know About Depression

In medical terms, depression is classified as a mood disorder; a mood disorder is something that distorts or destabilizes your emotional state rendering it inconsistent with your situation.

Depression is overwhelmingly common and around 264 million people across the world suffer from this mental illness. In fact, depression is the leading cause of disability in the world today.

Understanding the symptoms and potential causes of depression, therefore, is very useful. But whether you feel that you may be struggling with depression, or you worry that a loved one is, the most important thing you should know is that there are many depression treatment options.

At Rehab Recovery, we offer high-quality rehabilitation & detoxification services tailored to your individual needs. To discover your road to recovery, call us today on 0800 088 66 86

Broadly speaking there are many types of depressive disorder, and while many have unique symptoms they share common indicators, too. These disorders are:

Major depressive disorder (or MDD) is the most serious type of depression and is characterised by consistent and prolonged feelings of sadness, anhedonia, low-self esteem, and fatigue

The proper term for ‘clinical’ depression, a depressive episode is an isolated, non-recurrent period of depression that a doctor may categorize as ‘mild’, ‘moderate’, or ‘severe’.

Repeated depressive episodes may sometimes be diagnosed as recurrent depressive disorder, depending on the perceived cause of the episodes.

People experiencing a severe depressive episode may also experience hallucinations or delusions. The experience of hearing, seeing, or even smelling things that are not present, or else holding beliefs that do not match reality is symptomatic of psychosis and requires immediate medical attention.

Those who suffer from dysthymia exhibit symptoms of low mood over a prolonged period of time, often years. Not severe enough to constitute recurrent depressive disorder, the symptoms are nonetheless disruptive to daily life.

Cyclothymia is characterized by persistently unstable moods which fluctuate between mild to moderate euphoria and depression. Not severe enough to constitute recurrent depression or bipolar disorder. Cyclothymia is most common in women who have have a baby within the past year.

Seasonal affective disorder (abbreviated to SAD) is a type of depressive disorder wherein feelings of depression arise at the same time of the year (usually winter) on a consistent basis. The symptoms are often similar to that of a depressive episode.

Sometimes referred to as ‘manic’ depression, bipolar disorder is characterized by extreme and fluctuating moods. People who suffer from bipolar disorder often swing between feelings of extreme euphoria and energy and feelings of fatigue, hopelessness, or suicidal thoughts.

If you, or someone you love, exhibit more than three of these symptoms you should consult a doctor or medical professional. Feelings of depression can be temporary or caused by other issues, but when they become persistent or serious you should always consult a doctor; the risks of untreated depression are severe.

Mood disorders such as depression are thought to have many possible causes which range from genetics to lifestyle choices. The most common and widely accepted causes of depression are;

Some studies suggest that mental health problems such as depression may be hereditary. Recent research suggests that certain genes are key in the development of a recurrent depressive disorder, but the study of genetic factors in depression is still young.

Stressful events and situations such as domestic abuse, financial problems, unemployment, and relationship issues make a depressive episode more likely. Some studies have suggested that having parents with depressive disorders may increase the likelihood of a person experiencing depression themselves however, it is unclear whether this is a result of genetics or circumstantial stresses.

Some studies suggest that being under or overweight, having limited social relationships and interactions, poor diet, and lack of exercise all increase the risk of experiencing depressive symptoms or episodes.

Drug and alcohol abuse are huge risk factors for the development of a depressive disorder or episode. While addiction and abuse pose the most severe risks, studies show that consuming alcohol regularly, even at moderate levels, increases the risk, especially if it is used to self-medicate during periods of stress, grief, or anxiety.

Recognising The Symptoms of Depression

Depression is not always easy to recognize, in ourselves or others, but there is a number of symptoms which, when occurring in tandem or over long periods of time, should prompt you to seek medical advice and/or depression treatment options.

Mental symptoms of depression include constantly and overwhelmingly feeling like the following:

Physical symptoms of depression include:

If you or anyone you know speaks of or attempts suicide seek immediate medical assistance and depression treatment options. Likewise, if someone you know who has been showing depressive symptoms begins to:

You should contact their doctor as these are red flags for an impending suicide attempt.

The treatment offered will depend on the primary physicians’ assessment of the severity of the episode or disorder. Every person who is experiencing depressive symptoms should be assessed, supported, informed, monitored, and referred for further help if needed.

Below we have broken down the treatment options into groups pending on the severity of depression: 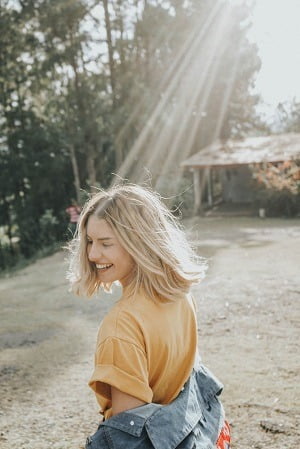 One on one counselling or talking therapy is used to treat mild to moderate depression by aiding in the processing of negative experiences and feelings that may be fuelling a depressive episode.

Antidepressant and antianxiety medications can be used to treat depressive episodes of all levels of severity and may be combined with other medications for co-occurring disorders such as schizophrenia when necessary.

Exercise and recreational therapies are used to treat depressive episodes of mild to moderate severity or to aid in the long-term recovery of people who suffer from recurrent, severe episodes. Studies show that social interaction, exercise, and enjoyable pursuits help to manage the symptoms of depression.

Used treat only severe and recurring depressive episodes, ECT involves the passing of an electric current through the brain while under general anaesthetic (you are not awake during the procedure). Likewise, ECT may be used if no other treatment options have been successful.

For many people, the risk of a depressive episode can be decreased by a healthy lifestyle, frequent social interactions with friends and family, and small acts of self-care such as meditation, doing things you enjoy (knitting, reading, dancing), and taking time to relax.

If these preventative actions fail, there are complementary and alternative therapies that you could consider. Acupuncture, for example, is often cited as an effective alternative therapy for mild to moderate depressive episodes.

Certain supplements, too, are considered potential treatments for depression symptoms. St John’s Wort, for example, is used in many European antidepressants despite mixed results from studies. Likewise, Omega-3 fatty acids are thought to be effective in symptom reduction because of the way they improve brain health.

Finally, research suggests that vitamins B and D are particularly useful in easing depressive symptoms as they are key to brain health and heart health.

Supporting Someone With Depression

Supporting someone you love as they struggle with depression is not easy, and so the first thing you must do is take care of yourself. It can be tempting to put your own needs to the side, but in order to effectively help your loved one, you must first be healthy yourself.

Take the time to speak with your loved one’s doctor or your own if you can to gain an understanding of what they are experiencing. Above and beyond this, however, simply make them aware that you are there to listen and provide support. Encourage them to eat well and exercise, and keep a note of changes in their condition in case the symptoms should worsen.

If you ever suspect that they are self-harming or planning suicide you should reach out to a medical professional immediately.

Call now on 0800 088 66 86 for confidential and immediate advice if you or someone you love is struggling with depression.