Addiction is not having control over taking something or doing something despite it being potentially harmful to your well-being. When we think about addiction, we commonly think about things such as drugs or alcohol but there are other things which can cause addiction.

It is important to remember that addiction is an illness and there are various addiction types to consider. Addiction can cause both a physical and psychological dependence and will often cause further problems in the life of the addicted person ranging from financial problems to the breakdown of relationships.

What Are The Complications Of Addiction?

In any of the addiction types, there are complications, these might include physical, emotional and psychological complications. For the most part, the addiction will take the first priority which can lead to issues in staying employed or in education as well as problems with family and friends, resulting in the loss of important personal relationships.

What’s more, as a result of the addiction many people find themselves struggling financially and are unable to take proper care of themselves and their affairs. The person may also disengage from their important life goals which suddenly appear to be meaningless to them, again this can put a strain on personal relationships.

Understanding The Different Types of Addiction

Below we discuss the various types of dependence, ranging from physical to psychological and more. It is vital to your own or a loved one’s recovery that you understand these different types of dependencies, which include:

When a person is physically dependant on something, they require the substance in order to make them feel 'normal' and for them to be able to function in a manner which is acceptable.

More often than not, when taking a substance for physical dependence the person will have also developed a tolerance meaning that larger quantities of the substance are required over time to gain the same effect.

If the person is unable to take the substance, they will notice physical withdrawal symptoms which can often be very unpleasant, taking the substance will remove these symptoms, leaving the person in a nasty cycle.

What is important to note is that when physical dependence is developed, simply stopping the substance may have dangerous consequences, therefore it may be necessary to slowly reduce the amount of detox under the care of a trained medical professional.

One of the recognised addiction types is a psychological dependence in which the patient believes that the activity or substance will provide them with emotional relief and feelings of happiness which cannot be gained elsewhere. Quite often, without engaging in the activity, the person will struggle to otherwise enjoy life.

When substances or activities are used, endorphins are released within the brain and it is very possible for a person to become addicted to that release, further creating a psychological dependence.

Physical Reaction Of An Addict

Someone who is addicted will have a different brain function compared to someone who is not. The reward system of an addict will provide them with great pleasure when engaging in their preferred activity and when the reward system is not stimulated, the person may suffer intense cravings.

This can mean that a person struggling with addiction might feel overwhelmed and the substance or activity will take a priority in their life.

When addicted to a substance such as drugs or alcohol, a person can build up a tolerance which means that higher levels of the substance are required in order to feel fulfilled. In the beginnings of their addiction, the person may only require a small amount of the substance to feel satisfied.

However as the brain and body become used to its presence, more is needed to induce the same effects.

Understanding Addiction And The Brain

It is vital to understand that addiction is a disease which is in part related to the brain. These include:

What Defines An Addict?

What some people may describe as addiction may simply be an overindulgence in something. However, there are certain criteria which enable users to determine whether it is an addiction.

Firstly, an addict is someone who will lose control once they have begun using a substance or taking part in an activity and who finds it impossible to disengage. In addition to this, an addict is a person who, without treatment may relapse even after initially breaking free.

Chemical addiction is sometimes referred to as substance misuse disorder and refers to the use of substances such as drugs and alcohol at an addictive level. People struggling with this type of addiction may find their cravings to be so intense that they take over other important aspects of their lives.

They may also struggle with managing their lives including work, family and social aspects as well as spending less time on the things they previously enjoyed.

People with a chemical addiction might find that they need to take higher doses over time as tolerance develops and they may also find that they experience withdrawal symptoms when attempting to stop using.

This type of addiction refers to behaviours which become addictive such as gambling and the use of online games. For people struggling with behavioural addiction, you may notice that they spend copious amounts of time engaging in the activity and often become secretive about this, perhaps even denying that they are taking part in it.

The person may display signs of irritability and anxiety if they are unable to take part in the activity which can lead to further mental health issues such as depression.

In addition to this, they may also continue to engage in the activity despite knowing that it is counterproductive to a functional life.

There are 11 steps in diagnosing types of addiction. These are as follows:

There are many types of addiction which can fall into three categories. These include:

Substance addiction relates to those who use a substance such as drugs or alcohol to a level where it cannot be controlled.

There are several impulse control disorders in which the addicted person cannot resist the urge to take part in a particular activity.

There are certain addictions that are displayed in behaviour and many of these are recognised disorders:

Developing An Addiction From Dependence

However, where addiction is concerned, dependence can be a sign however addiction will also present as harmful or compulsive behaviours. 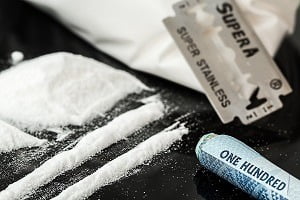 The Most Common Types Of Addictions

Whilst there are many different types of addiction, there are some which appear to be much more common. These are as follows:

What All Types Of Addiction Have In Common

One of the most common factors that all addictions have is that they can take control of a person’s life and become the main priority. In turn, this can have a negative impact on things like relationships and work.

Many people struggling with addiction will suffer from financial issues due to a loss of earnings or overspending on their addiction. All types of addiction have in common the fact they can lead to mental health issues such as depression and suicidal thoughts.

Addictions are made up of various physical and psychological aspects which can have a negative impact on the person. This will lead to compulsive behaviours which cannot be controlled and can cause great destruction.

Any type of addiction will fuel the reward system of the brain and the release of dopamine, which is why addiction can be so difficult to overcome. Whilst it may start off relatively small, addiction tends to grow and become more intense over time.